Home Sport Diego Simeone in recent comments refuses to rule out the sale of... 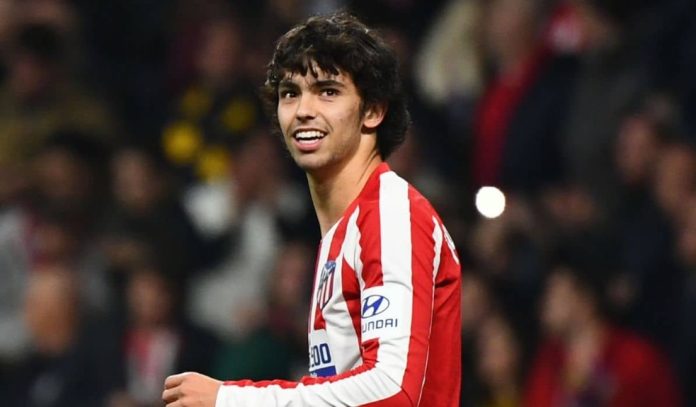 Manchester United have received a mixed message from Diego Simeone regarding Joao Felix.

A report has recently emerged stating that Felix is a legitimate target for United, and the Red Devils are well aware of his situation in Spain.

Felix has a bad relationship with Atletico boss Diego Simeone, and he is unhappy with his playing situation at Wanda Metropolitano.

With United’s shortage and excessive ease in attack, Felix is seen as a potential solution as the player insists on leaving in January.

However, Simeone tried to refute rumors of tension between him and the Portuguese national team player.

Simeone also commented on Felix’s likely departure and confirmed his desire to keep the player at the club. However, he did not rule out a possible sale.

The Argentine coach said: “Joao is one of the players who has scored the most goals out of all the strikers we have, apart from the fact that he now has three.”

“He has a goal and we hope that he can continue to be with us and that he can play at the level that he has shown so many times.”

“And above all, to show that he has a purpose and that we need him.”

Cholo’s remarks could cloud United’s prospects of acquiring the 23-year-old.

This new development, coupled with Atletico Madrid’s insistence that their star will only be allowed to leave for 130 million euros, which is slightly more than they paid for him from Benfica, will probably alienate the 20-time champions of England.

Felix has been called up by Fernando Santos to the Portugal national team and will play with the United trio of Bruno Fernandez, Diogo Dalot and Cristiano Ronaldo at the World Cup.

It is likely that a decision on his future fate will be made after the tournament.

The Personal Income Tax World’s Reaction to the Difference between Urban...

Pique: “I support the right to decide, but I have not...