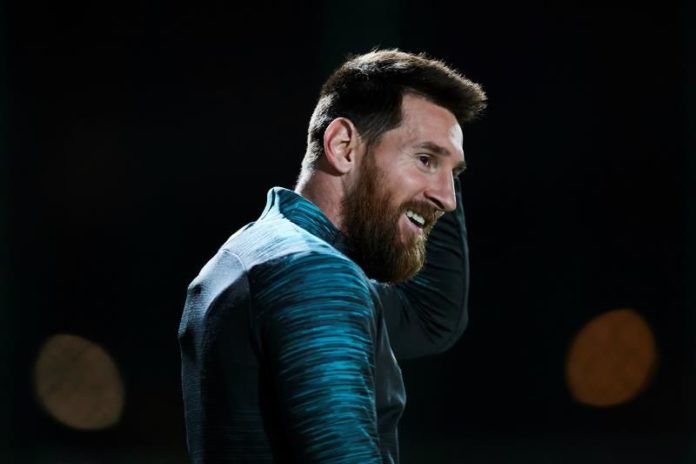 Milito, 40, sees Lautaro trained to become a “top” player and considered it normal that there are many teams interested in signing him, commenting on an alleged interest of Barcelona, ​​in an interview published Tuesday by “La Gazzetta dello Sport “.

“The affinity with Leo is natural. It is clear that Messi and Lautaro have a good relationship. Great players are looking for each other,” said Milito, who won the triplet, Serie A, Italian Cup and Champions League, in 2010 with the Inter.

“I do not know if it is true that Barcelona is interested, but it is normal that they like it. But I know that Lautaro is very happy to be at Inter,” he continued.

It was precisely the “Prince” who supported the signing of Lautaro by Inter in 2018, speaking very well of the “Bull” to his former partner and friend Javier Zanetti, current vice president of the Milanese cadre.

“I called Zanetti and told him about a boy, it was Lautaro. He already knew him and wanted to know more about him. I told him for sure that with Lautaro they would not be wrong,” he said.

“I am not surprised at his performance so good. He was also convinced two years ago that he would do what he is doing. He can still improve a lot and the limits can only be set by him. He can calmly become a top player.” .

See Also
"Messi is the best footballer I've ever played with," says Villa before his retirement

After being the substitute of the Argentine Mauro Icardi in his first season in Milan, Lautaro is a fixed holder in this campaign with the Belgian Romelu Lukaku and has already scored eight goals in 16 games.

“My wish is that one day I will feel the same emotions that I felt, that I can leave a legacy to the club. I am proud to have been part of the history of Inter and he has everything to achieve it,” is Milito’s wish to the future of Lautaro’s career.