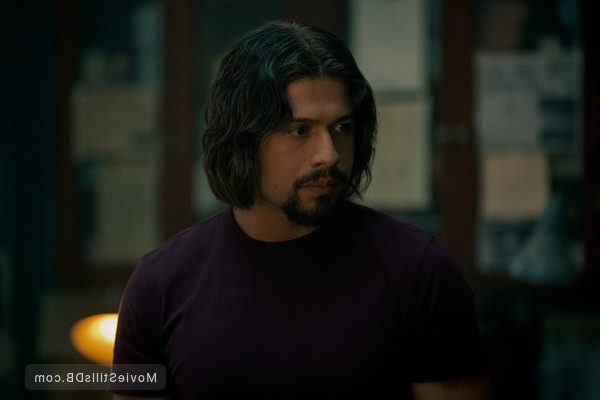 Diego can expect a double dose of trouble in The Umbrella Academy season 3. Romance has been a bit more complicated for Diego (David Castañeda), who had a different love interest in each of the two seasons.

In season 1, Diego Hargreeves was still chasing Eudora Patch (Ashley Madekwe); an allied detective with whom he would collaborate as a street vigilante. Diego and Patch have a complicated relationship, but the embers are clearly still burning.

But Eudora Patch was killed by Cha-Cha (Mary J. Blige). Diego barely has time to mourn her death before being taken back to the 1960s and landing in a mental health institute alongside her fellow patient Lila Pitts.

Over the course of The Umbrella Academy season 2, Diego and Lila (Ritu Arya) become close, but never manage to close the deal before Lila Pitts learns the truth about The Handler and runs away.

With Diego and Lila’s partner available, The Umbrella Academy is poised to tell the next chapter of its story in Season 3, but a major complication could arise: the resurrection of Eudora Patch.

Patch’s return creates a love triangle for season 3 of The Umbrella Academy. On the one hand, there is Lila. She initially planted herself to spy on Diego, but she soon developed real feelings for targeting her.

Then there is Eudora Patch, she may not recognize him in the 2019 rewritten, but Diego felt immense guilt after Patch’s death and there are unfinished business between them.

With his romantic attention divided between Pitts and Patch, Diego’s solution to this three-way love equation will be an important step in the evolution of The Umbrella Academy character.

See Also
The Umbrella Academy will premiere its second season in ...