Home Sport Diego Alves praises River but remember that in the finals you can’t... 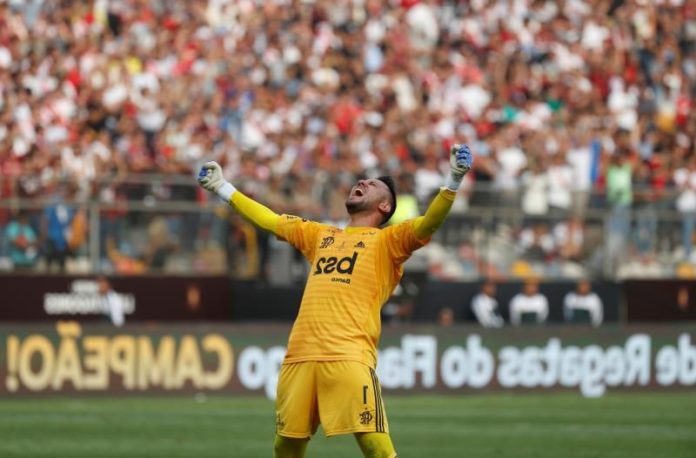 Flamengo goalkeeper Diego Alves praised the River Plate on Saturday for his match in the Copa Libertadores final that the Brazilian team won but recalled that in the finals there is no chance to fail.

“It’s a final. You can’t fail, you can’t have an error. They’ve got a goal for one of our mistakes and then we’ve made two,” Alves said after the game in reference to two atypical mistakes in River’s defense that finally they chose the title for Mengão.

The former goalkeeper of Almeria and Valencia appreciated that Flamengo could impose more rhythm in the second half after a first part dominated entirely by River.

“We knew they were going to press, but the field has not helped much because it was dry and that has made the ball slow. After the first goal of ours we have squeezed and thus we have achieved the comeback,” he said.

Alves praised River’s game and recalled that in these last two seasons his coach Marcelo ‘El Muñeco’ Gallardo “has done a spectacular job”, as he came twice to the final of the Libertadores, where he won Boca Juniors last year and He lost this with Flamengo.

The Brazilian goalkeeper considered that his team has achieved a title that many yearn for and that that has a lot of value, especially since it is the second in the history of Flamengo, which had to wait 38 years to get after the first one obtained in 1981.