Home Celebrity What you didn’t know about ‘ON’, the new MV of BTS 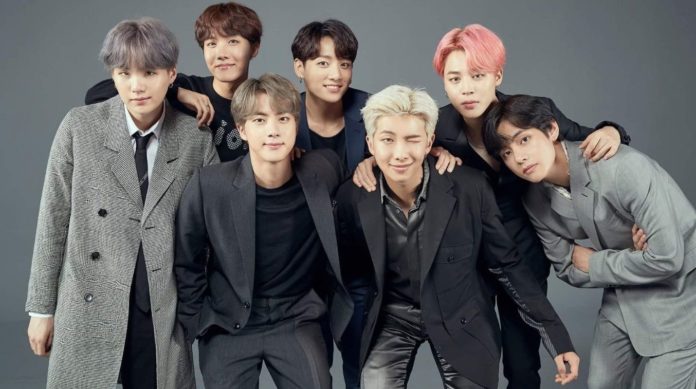 ARMY ! Have you managed to survive the premiere of ‘ ON ‘? The new official video of the main song of ‘ Map of the Soul: 7 ‘ has just been released and has already managed to position itself in social media trends.

BTS worked very hard on a unique and very special video , which seems to be located in medieval times and could have references to the Bible . With this new concept , the South Korean band has impacted its fans and has won very good comments.

Are you ready to know some curiosities about ‘ ON ‘? From your connection with Marvel to the real meaning of the video , read on to find out everything.

Where was the MV of ‘ON’ recorded?
The official video of ‘ ON ‘ shows us different very impressive natural landscapes, such as that forest where Jungkook runs with despair or the bottom where RM meets with different animals. In case you thought this incredible MV was recorded somewhere in Europe, we regret breaking your heart since the recordings took place in Vasquez Rocks Natural Area Park , a natural park in California, in the United States.

BTS and its relationship with Marvel
If you thought it was not possible for BTS to have any connection to the Marvel Universe , we came to brighten your day. Ingenuity Studios , who have been responsible for the visual effects in the famous films of superheroes , also helped the boys Bangtan with everything we saw in his new video ‘ ON ‘.

ICYMI @chaosgroup released a V-Ray Highlight Reel, and we’re in it! It feels great to be showcased alongside our industry peers. Check out our features for @taylorswift ‘s “Look What You Made Me Do” and “Ready For It” MVs (directed by the great @josephkahn) and @grandmarnierusa ‘s “Live Grand” promo spot. Link in bio ⇧ to watch the full reel. . . #ingenuitystudios #visualeffects #vfx #vray #vrayrender #reel #featured #chaosgroup

This company has also collaborated with Netflix and several artists such as Taylor Swift and Billie Eilish .

How was ‘ON’ recorded?
The official video of ‘ ON ‘ shows us an infinite number of wonderful and quite complicated shots that were possible thanks to the special effects of Ingenuity Studios and the collaboration of all the staff . In case you wondered how it was that we could see Jungkook running on a giant stone or idols dancing from a decision very high, all this was achieved because the video was recorded with drones , work by DroneGear Productions .

Who accompanied BTS in this video?
There is no doubt that there was a great production behind the video of ‘ ON ‘, to achieve this impressive work the help of many people was required, such as that of the dancers of the company ‘ THE LAB ‘, who have been with BTS in this comeback . The incredible looks of the idols were thanks to stylists Ann-Marie Hoang and Marina Migliaccio , as well as makeup artist Noel Nichols .

What does ‘ON’ represent?
With the premiere of the official MV of ‘ ON ‘, thousands of theories have emerged around what idols could have tried to represent . However, in an interview, BigHit stated that the video tells how the BTS boys came to this world with a single mission and, in spite of all the adversities that may exist, they have managed to accept their destiny and become adelnate until the end .

Ariana Grande reappeared after the plagiarism complaint. What did she say?