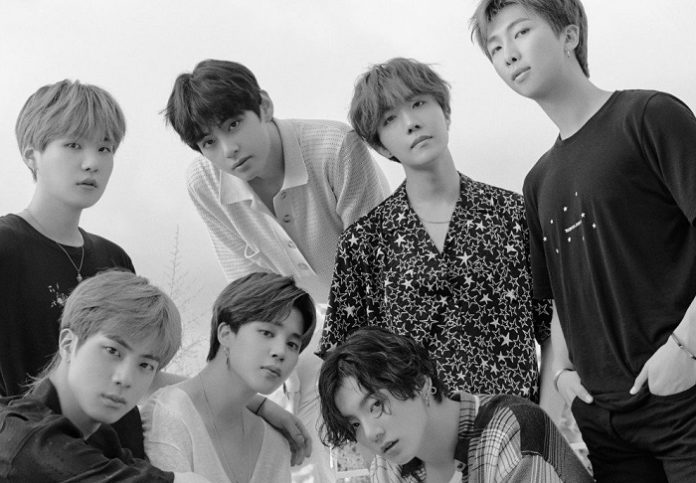 The South Korean band surprised ARMY by launching this video without warning, we tell you interesting facts that you might not know about the official MV of ‘Black Swan’.

ARMY ! How do you feel after watching the official video of ‘ Black Swan ‘? Although BTS did not previously warn about the launch of its new MV , this has not prevented it from becoming a success .

After having released the ‘ Black Swan ‘ art film by MN Dance Company a month ago, Bangtan surprised everyone once again by revealing the official video they prepared with much effort for one of the most acclaimed songs of ‘ Map of the Soul: 7 ‘. Do you want to discover interesting facts about the MV of this emotional song ? Continue reading.

Where was ‘Black Swan’ recorded?
Without a doubt, one of the most impressive details about ‘ Black Swan ‘ apart from its spectacular choreography , is the beautiful place where the video is developed .

This new MV was recorded nothing more and nothing less than Broadway Theater District , a huge baroque theater located in the city of Los Angeles , which is part of an area dedicated to this art that gives it a much darker, elegant and aura Mysterious to ‘ Black Swan ‘. Undoubtedly, the ideal place for BTS boys to reveal to us who the black swan is.

BTS and his love for art
There is no doubt that the boys of BTS are faithful art lovers and the new video of ‘Black Swan’ is a clear representation of it.

This MV has a great visual appeal, a theater created in the 30s with several rooms and a lot of history that not only look stunning, but also perfectly combine with the deep meaning of the song . The French baroque style with which it was created this exhibition not only reminds us of the love that Namjoon she has for the art , also makes us feel at home remembering his iconic video ‘ Fake Love ‘ and ‘ Blood Sweat and Tears ‘.

Together with the powerful contemporary dance solos played by Jimin , the video becomes a real gem that shows us the evolution of BTS in his musical career and the different ways in which idols can communicate their passion.

A new record
BTS decided to keep secret the launch of the official MV of ‘ Black Swan ‘, however, at the time of its release many fans ran to see it, which is why it already managed to break a new record less than an hour from being officially released.

The official MV of ‘ Black Swan ‘ has become the fastest video that has reached one million likes, a record he achieved in just 8 minutes after its premiere . OMG!

6 of 7?
With the release of the official ‘Black Swan’ video, BTS has released 6 MVs for its comeback ‘Map of the Soul: 7’. So far we can enjoy the clips:

Because of the importance that the number 7 has had on the new BTS album, many theorize that perhaps one more video is still missing that could be released very soon, what song from ‘Map of the Soul: 7’ do you think would be the next in having your own MV?

BTS dominating new horizons
Throughout his musical career, BTS has conquered the heart of ARMY by telling different stories with his music videos . However, it was not until ‘ Map of the Soul: 7 ‘ that the boys took a whole new turn and changed the location of their videos . A new era began for BTS and the official MV of ‘ Black Swan ‘ has become the third in its history to be recorded in the United States, along with ‘ ON ‘ Kinetic Film Manifesto and ‘ ON ‘ official video . It is worth mentioning that J-HopeHe also ventured to record in Los Angeles his collaboration with Becky G ‘ Chicken Noodle Soup ‘.

Definitely, BTS does not know the limits and always venture to try different things. Yaay!

Iris Mittenaere is out of shape due to high school care