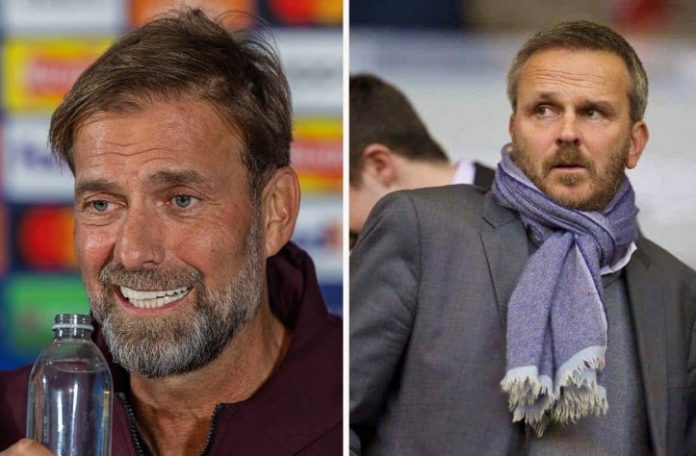 At a press conference at Ibrox, the Anfield boss was told that Hamann, who played for the English giants between 1999 and 2006, said Liverpool “need a spark” after the 3-2 defeat to Arsenal on Sunday.

The defeat left Liverpool with just two wins from the first eight Premier League games, but Klopp did not listen to his German compatriot.

“(Being a former Liverpool player) doesn’t give you the right to say what you want, especially when you have no idea.

“I really think Didi Hamann doesn’t deserve you to use his phrase when you ask a question. Do me a favor and ask your question. Try asking a question without the word “spark”.

Indeed, Klopp argued that the defeat by the Gunners should have been viewed in the context of the quality of the opponent and some key decisions that were against his side, not least the penalty awarded to Arsenal for challenging Thiago Alcantara against Gabriel Jesus.

They also lost Luis Diaz (knee), Trent Alexander-Arnold (ankle) and Joel Matip (calf) to injuries, but Klopp said: “We have to keep fighting.

“It’s not going to happen overnight. I know people don’t want to hear that.

“On Sky Sports, the referee looks, Mr. Dermot (Gallagher) says twice that the decision of the best English referee Michael Oliver was wrong, there was no penalty.

“Before the start of the season, we had a big meeting with the judges, and they said: “No more soft penalties.”

“Then we have already seen this season what situations we have seen for handball, and there are penalties with exactly the same situation, but not in this game.

“Arsenal’s first goal, as I heard, was most likely offside, but we can’t find out because there was no camera or angle. Then I saw the picture and it is visible (Bukayo) Saka returned from offside.

“We conceded stupid goals, especially the second one in the first half.

“Between the first and second goal, we had a really good game against a team in the league that is in good shape. But we were losing 2-1.

“The second half we go out and score the second goal, and then a penalty, which was not a penalty.

Watch: Paul Finebaum talks about the biggest regret of his career