Home Celebrity Did you know that Prince Harry and Meghan Markle have requested a... 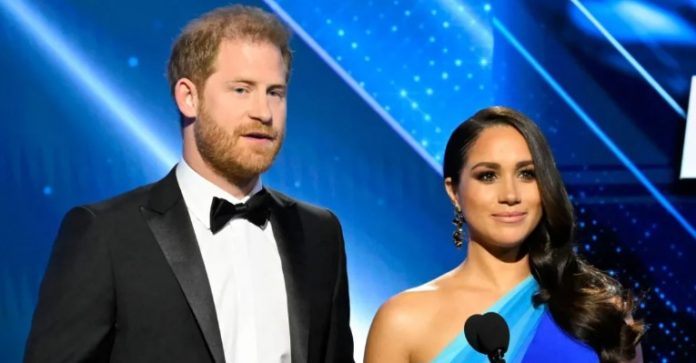 Prince Harry and Meghan Markle have tried their hand at different things after stepping down as members of the royal family more than two years ago. The Duke and Duchess of Sussex are trying to enter the entertainment industry with their production company Archewell Audio. They signed a multimillion-dollar contract with the American streaming giant Netflix for the production of shows and documentary series.

In addition to Netflix, Harry and Meghan have also joined Spotify. Sussex signed a three-year exclusive contract with the platform to create podcasts. According to a report by Dailyo, Spotify is shelling out a massive $18 million to acquire the services of the Duke and Duchess. As part of the deal, Meghan Markle has already come up with her first podcast called Archetypes.

A look at Archetypes

In the archetypes, Megan mainly discusses the issues and stigmas surrounding women. The former American actress will talk to some famous female personalities from different fields to talk about the struggle and thinking of women. In the first episode of the podcast, Serena Williams was the star guest, and Mariah Carey and Mindy Kaling graced the show in the following episodes.

The first two releases of the podcast were a huge success. Despite some criticism, the podcast broke records for the number of views. Within two days of its release, the show became number one in the United Kingdom of the USA. Australia, Ireland and Canada. The Spotify podcast continued its way to the top for two weeks in a row.

Harry and Meghan have postponed a podcast in honor of the Queen
At the moment, three episodes of the show have been released. The fourth will be released on October 4. Prince Harry and Meghan Markle postponed the release of the podcast for more than two weeks due to the death of Queen Elizabeth II. The UK observed nine days of mourning for the queen after the state funeral.

Harry and Meghan also stuck to it, suspending all their professional and personal commitments. However, Megan will now resume work on her fourth episode featuring comedian Margaret Cho.

Are you excited about Megan’s podcast? Let us know in the comments.

Meghan Markle: This event she missed in the royal family