Home Entertainment Did you know that Millie Bobby Brown played an 80-year-old girl when... 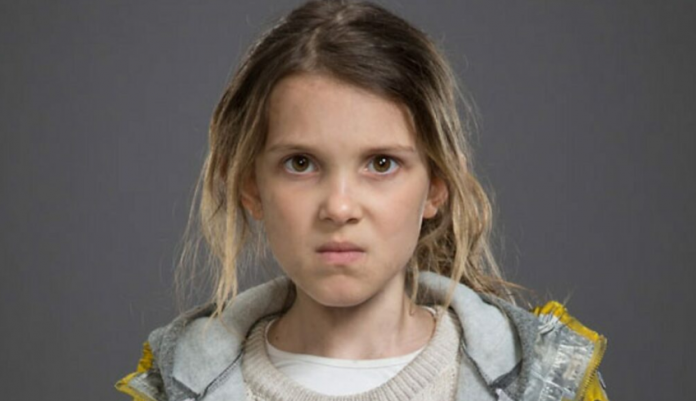 How to find out the versatility of an actor? You’re looking at his/her choice of characters they play, right? Everyone praised Millie Bobby Brown for her brilliant acting skills and versatile character. But why do they say that? Here is an amazing fact that not everyone knows about the young actor.

Millie owns a cosmetics brand and is the youngest UNICEF ambassador. She is also among the 100 most influential people. The actress does her best to empower others, especially young women. Everything she does, she does well. Maybe it’s because of the wisdom she gained playing this strange but beautiful role when she was only 9 years old?

The amazing role of Millie Bobby Brown as a child

As a child and aspiring actor, Brown also went through a lot of trouble. She almost gave up acting. However, there is one role she played that made her take her game seriously. In an interview, she talked about how she started acting, and about the show in which she starred.

Millie was the main character of the show “Intruders”. There she played the role of an 80-year-old serial killer when she was only 9 years old. “I had no idea what I was doing. But it seemed good, and I kind of liked it,” Brown said. Only a few of her fans know about it because she didn’t participate in the press interviews. The network wanted to protect a 9-year-old girl because she was a serial killer in the series.

In the same interview, she shared what attracted her to acting. It’s just when you like what you’re doing and you have the will and the skills to do it; she believes that no one can stop you from doing it. This faith supported her, despite all the difficulties.

Do you think this “Very Strange Cases” star had a deep-rooted penchant for playing Eleven when she played an 80-year-old character? In the meantime, you can review the original Netflix show here and share your opinion with us in the comments box.

Candice Accola talks about appearing in a scene with her daughter...