Home Entertainment Did Prince Harry and Meghan Markle Lie in The Disclaimer of The... 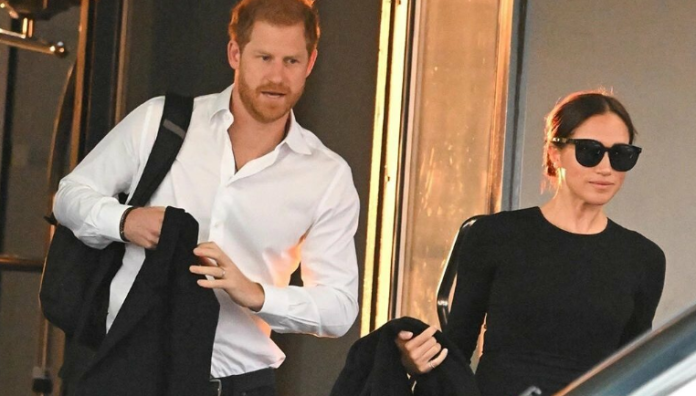 Prince Harry and Meghan Markle are all over the news because of their Netflix documentary series. The American streaming platform released the first volume of “Harry and Meghan” and caused a mixed reaction. The documentary series mainly tells about the difficulties faced by the Duke and Duchess as working members of the royal family. Since the couple will share their experiences in the six-part series, they are likely to upset members of the royal family.

He can also shadow senior members of the royal family, including King Charles III and Queen Consort Camilla. So Netflix decided it was better to launch the content through the House of Windsor before the global release. Before embarking on the controversial documentary series, Netflix released a disclaimer statement that read: “Members of the royal family declined to comment on the content of this series.” However, a dispute broke out, as some sources questioned the legality of the disclaimer.

A few hours after the series was released, royal editor Omid Scobie made a serious statement on his official Twitter account. According to royal sources, Netflix, Prince Harry and Meghan Markle have not contacted any royal office to comment on the series. However, a few hours later, in another tweet, Scobie reported another update saying that the Palace had been contacted for comment.

A royal source says that neither Buckingham Palace nor Kensington Palace (nor any member of the Royal Family) were approached for comment on the content of the series.

An internal source mentioned that a third party had approached Kensington Palace. Royal staff attempted to contact Archewell Production and the streamer to confirm the validity of the email. However, they did not receive a response, which means that there were no comments.

Meanwhile, Netflix has denied the claims of royal sources. Netflix insiders said that the Prince and Princess of Wales, as well as King Charles and the Queen Consort were asked to comment. They were given enough time to respond, but the royals declined to do so.

Netflix have entered the chat. A source at the streamer says that household offices for both the Prince and Princess of Wales, and King Charles and Camilla, the Queen Consort were contacted and given sufficient time to respond.

It is noteworthy that there was no official Netflix statement from the House of Windsor. The institution has also not yet responded to the statements of Prince Harry and Meghan Markle.

What is your opinion about the Netflix documentary series? Did you enjoy the first three episodes of the show? Share it with us in the comments below.

Tom and Jerry create a unique duo in MultiVersus