Home Entertainment Did Pennywise die in “It: Chapter 2”? Everything is complicated 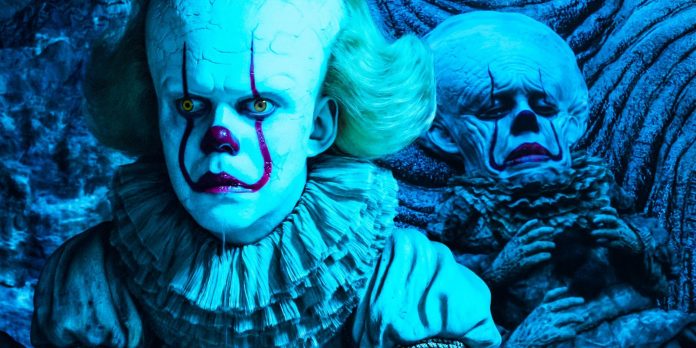 “It: Chapter 2″ put an end to the story of the Losers after their last encounter with IT/Pennywise in the sewers of Derry, Maine, but the big question remains: did Pennywise really die at the end of “It: Chapter 2”? Stephen King has terrorized generations of viewers for years, allowing them to explore different fears and meet different villains (human and supernatural) in his novels, and his scariest book is often considered “It”. Released in 1986, the novel “It” was well received by critics and readers, instantly becoming a favorite among King’s fans and a classic of the horror genre.

Set in Derry, Maine, “It” introduces viewers to a group of kids calling themselves the “Losers Club” who encounter an evil, shape-shifting entity they call simply “It.” This creature awakens every 27 years to feed on the fears of its victims, and for this it takes the form of the biggest fears of its targets, although its preferred is Pennywise, a Dancing Clown. IT tells the story of the Losers in two parts: the first takes place in 1957, when the Losers were children, and the second takes place in 1985, when the adult Losers reunite for the last time to defeat IT. The success of “It” led to its adaptation to other media, most notably the 1990 miniseries and the 2017 and 2019 two-part film.

To better tell the story of the Losers and their battle with IT/Pennywise, Andy Muscetti’s book “It” tells about the journey of the Losers as children (although the action takes place in 1988), and chapter 2 “It: 2” tells about the part of the story where they return to Derry as adults. , thereby highlighting their latest battle with IT. Both the miniseries and “It: Chapter 2” remained true to the novel and how the Losers finally defeated Pennywise, but there was also a big question whether Pennywise really died in the sewer or not, and the answer is as complicated as the origin and nature of IT, since he died, but not completely.

In King’s novel and IT: Chapter 2, adult Losers go to IT’s lair in the sewers of Derry to confront it one last time, and after some tragic events, such as Eddie’s death (in the novel, IT bites off his hand — in the movie, he is pierced by a creature), they take out the heart of IT, which to By that time, it had already turned into a giant spider, and crushed it, apparently killing the creature forever. However, Pennywise is mentioned and referenced in King’s other novels set after the events of “It”, which makes the audience wonder if the Losers really killed him or not. IT originated in the void outside the Macroverse, and its kind is called Dead Lights, but its real form can cause insanity in those who see it, so it took the form of a giant spider, since it is the closest thing to its true form than a human being. the mind understands. Now, when the Losers crushed ONO’s heart in the form of a spider, they killed ONO’s physical form and severed his connection with Derry, so the city was destroyed, but the true essence still lives in another plane of existence.

Some readers have noted that after the defeat of its physical form, IT would return to its place in the Macroverse and starve to death, since Pennywise and its other physical forms are what allowed it to eat. However, it is also possible that IT has sufficient power and control over the Deadlights so that it can manifest in a different physical form, which is why IT and Pennywise are mentioned and referenced in other Stephen King books. IT/Pennywise is one of the most complex and mysterious creatures in Stephen King’s universe, and not all questions about its nature and not only will be answered.