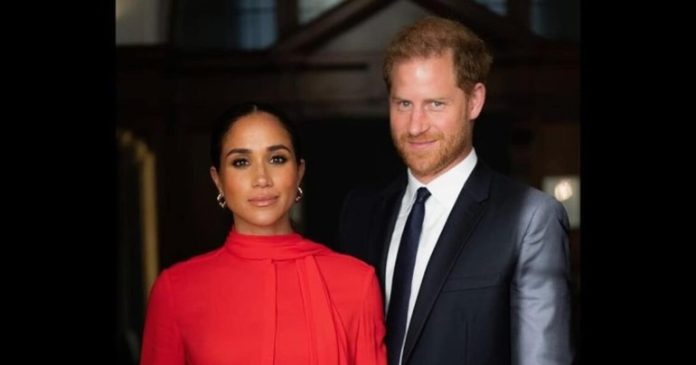 Since the day they left their duties as members of the royal family and moved to California, Meghan Markle and Prince Harry have had to go through a lot. However, while the Sussexes were trying to build their lives away from the Royal Palace, royal commentators and authors observed and noted every movement of the couple. This time, on the updated website of the couple, the commentator pointed out the hidden meaning of the written words. Are the couple really trying to send a message to senior members of the royal family?

After the sudden death of Queen Elizabeth II, King Charles III took the throne. Since there have been many changes in the royal family over the past few years, their official website has also been updated. The official website of the royal family has dropped Harry and Meghan as non-working members. However, a recent update on the couple’s website seems to be the answer to the royals. Is this really the case?

As the couple has been under the scrutiny of members of the royal family as well as commentators, a recent change on their website has drawn attention to them. The Archwell couple’s website has recently undergone some changes. The main page of the website now has a picture of a lovely couple with a quote signed by them.

The quote reads: “Each of us can change our communities. Each of us can change the world.” A royal expert named Angela Levine told The Sun in an interview that this is not what it seems. She deciphered the hidden meaning of the quote. According to this expert, the message is that the couple no longer needs the royal family and they are fine without it.

These two are creating their own community. This, according to Levin, is the meaning of the first half of the quote. While the second part says that the Sussex want to be known all over the world without the help of the royal family. But they can’t do it, Levin said, because if they could, they would have already done it.

Interestingly, they also did not lose their titles. Thus, it still connects the couple with members of the royal family and is not completely independent. She also noticed that the message that Harry wrote for his grandmother in connection with her death is also not displayed on the site, which, according to the expert, is regrettable.

Well, there are many cases where a couple has proved that their ties with members of the royal family are not completely severed. So, what do you think about the expert’s views and her interpretation of the message?

Neve Campbell, the Star of the Scream Series, Announces that she...