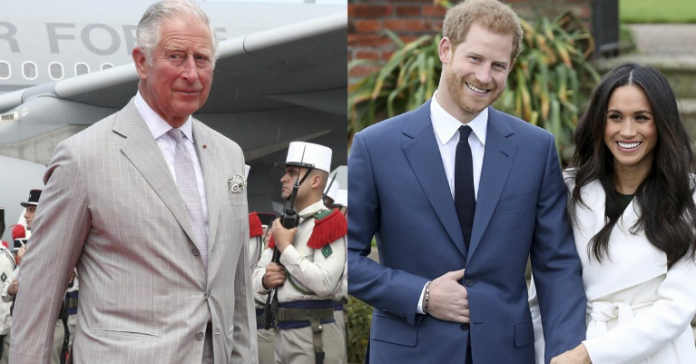 December 15 was a busy day for the royal family of Britain. It all started with the explosive and controversial revelations of Prince Harry and Meghan Markle in their Netflix documentary series. However, the royals ended the day on a pleasant note by attending a Christmas carol performed by Kate Middleton. It was the second concert of the Princess of Wales at Westminster Abbey in London.

The grand event was attended by all the high-ranking members of the royal family. Middleton arrived first, followed by Prince William and their two children, Princess Charlotte and Prince Louis. It is noteworthy that their last child, Prince Louis, missed his mother’s anthem. King Charles III and the Queen Consort looked very happy posing for photographers with Wales. Meanwhile, it is believed that the concert served as a means of sending a powerful message to Prince Harry and Meghan Markle.

Prince Harry has not spared his brother Prince William and sister-in-law Kate Middleton in the last three episodes of the Netflix documentary series. He considered his older brother responsible for his exit from the royal family. Meanwhile, the Duke of Sussex hinted at the possible involvement of the heir to the throne in the denigration of Meghan Markle in the British media. After the Sussex royal family’s serious accusations against Prince William and Kate Middleton, King Charles III and Queen Consort Camilla sent a message of unity to the world and their son from California.

A joyous evening at Westminster Abbey for the #TogetherAtChristmas Carol Service! pic.twitter.com/J3CovYPo15

— The Prince and Princess of Wales (@KensingtonRoyal) December 15, 2022

By this event, the monarch made it clear that he supported his eldest son in this war between the Sussex and Wales. The royal family looked cheerful and happy during the anthem to ignore the Netflix documentary series. Buckingham Palace also refused to respond or give any reaction to the statements of Prince Harry and Meghan Markle.

What do you think will happen next between the Sussex and the royal family? Share your thoughts in the comments below.

Portugal Fans Are Voting on Whether Cristiano Ronaldo Should Start For...

Explanation of the chronology of the film “Predator”