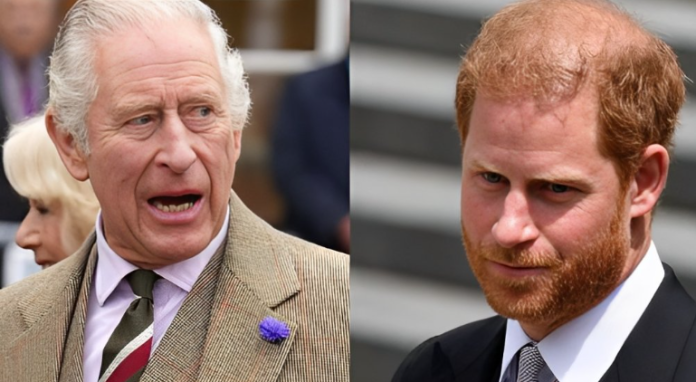 The departure of Prince Harry and Meghan Markle from the United Kingdom caused a split in the royal family. There was a wedge in the relationship between the Duke and King Charles III from the very beginning. However, Prince Harry’s decision to give up royal duties worsened the relationship.

After her departure from the royal family with Meghan Markle, the Sussex royal could not say anything good about her father. In the past, he doubted his father’s parenting abilities, and also accused him of depriving him of finances. The new monarch is likely to be the main target of Prince Harry in his memoir “Spare” and the Netflix documentary “Harry and Meghan”. Meanwhile, it may surprise you that the late Queen Elizabeth II tried to close the distance between her son and the Duke of Sussex. Did the matriarch manage to unite the family?

Internal sources said the late Queen was always keen to talk to her grandson from California. However, she was stressed because of his complaints that the then Prince Charles did not answer his calls. The late monarch tried to defuse the tension between father and son by advising his son to talk to Prince Harry. However, he rejected her request, saying, “I am not a bank.” Sources claim that the duke wanted to contact his father to ask for money to survive in the United States.

Prince Harry even asked his grandmother to help him financially. However, there was nothing the Queen could do, as she was relieved of many royal duties last year. Meanwhile, it also emerged that King Charles was adamant about talking to his son only by email.

“Charles insisted that his son send him an email. Family members, including William, stopped talking to Harry when they found out about his book deal, fearing that what they said might end up in print,” said internal sources quoted by the Mirror.

What do you think about the relationship between King Charles III and Prince Harry? Let us know in the comments below.

Explanation of the ending of the third season of “Barry” (in...