Home Celebrity Did Jungkook have a girlfriend during his debut days? 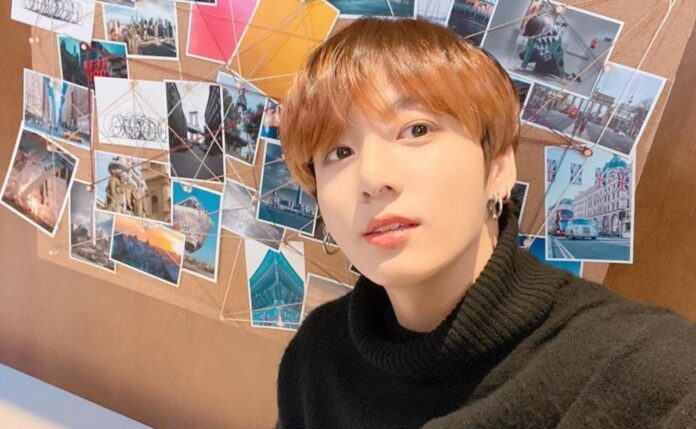 Did BTS’s Jungkook have a girlfriend early in his career? The idol has been linked to some classmates in the past, but a video would raise suspicions that he was in a relationship during his  early days as an idol.

Currently, the boys of BTS keep their private and personal lives in a low profile, with all the success they enjoy in the present, they want to focus on their music, although they do have an ideal type of girl, but none have had a relationship for a long time. years However, a story from Jungkook’s past piqued ARMY’s curiosity.

Through social networks, an old video of BTS circulates, did Jungkook have a girlfriend? The clip could be proof that he had a relationship in his youth, but the idol has already been related on previous occasions with classmates from school, even rumors spread that his tattoo artist had something more with him, which by Bighit .

Jungkook has an ideal type of girl and is someone who has a healthy figure, who possesses a great intellect, and who has skills in cooking or singing. He is also attracted to someone affectionate, tender, who does not wear makeup and does not care if he is younger or older than him, but … Who conquered his heart before?

JUNGKOOK COULD NEWS HAD A GIRLFRIEND WHEN HE DEBUTED WITH BTS

The video that has caught the attention of fans is about a Bangtan Bomb where Jungkook was in one of the dressing rooms, promoting during Bangtan’s early years. There is a girl, whose name is unknown, sitting next to him and with whom he seems to have fun comfortably. Some believe that he was someone from his staff, a friend who accompanied him or probably an ex-girlfriend.

The Golden Maknae jokes with his, he even takes some selfies with his cell phone, but he tries to run away while Jungkook plays and prevents him from doing so, showing that there is great trust between them and their relationship is close, although not necessarily romantic, but there were rumors that at that time the idol did have a girlfriend.

Although the identity of the girl and his status as an ex-girlfriend have never been confirmed, some fans believe that he had a love experience in his past and currently he could take care of his personal life due to the popularity that he has reached. with BTS. What do you think of this video?

ARMY has always shown her love for boys and the idea of ​​BTS members falling in love with someone is something that fills many of his fans with enthusiasm, who are willing to support them unconditionally.

BLACKPINK will release their first studio album in September

ASK THAT X1 BE DISABLED AFTER CONFIRMING THE “PRODUCE 101” FRAUD