Home Entertainment Did it improve? They compare Halo Infinite a year ago vs. how... 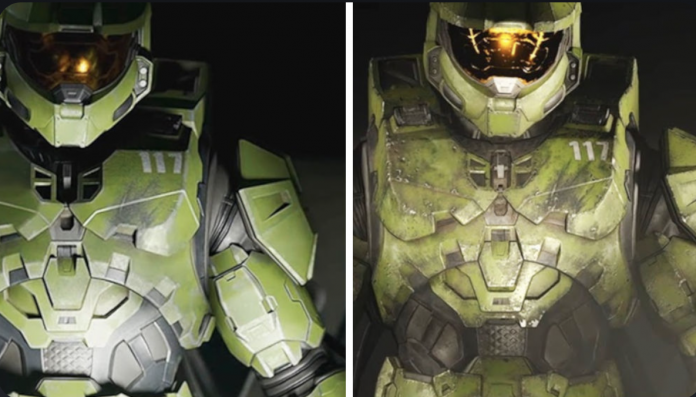 This week, Xbox Game Studios and 343 Industries released a new trailer for Halo Infinite. Unlike previous occasions, they focused on the main campaign, leaving aside the multiplayer section.

If there is something for which this new advance stood out, it is for showing a notable graphic improvement. That is what is reflected in previous videos, which generated so much criticism that the publication of the game went from 2020 to the following year.

343 Industries took advantage of all the extra time

A well-known YouTube channel decided to compare the new trailer with one posted several months ago. It is clear that 343 Industries improved the special effects, in addition to the lighting.

There is also a new series of animations and in-camera angles are handled in a more dynamic way. This is why some scenes that were seen before have a different presentation. They make a much better impression on the viewer.

It’s hard to tell if these changes were contemplated before the game came out, or were actually added on the fly by buying extra time. Something that is also noteworthy is the resolution and quality of the textures, which is higher.

Elements of the user interface were even modified to make it more accessible and attractive. Or in the case of the maps in this title, they are presented in a more comprehensive and detailed way.

It is clear that 343 Industries used the extra months of Halo Infinite development very well to polish all the details of the game. The drawing of distances is improved, so the depth effect stands out much more.

Those in charge of the modeling added a good dose of realism to all the surfaces. In fact, if you compare the Master Chief’s armor from the older video with the new one, that stands out a lot.

The armor has more ridges, in addition to some details that give the impression of wear and tear. According to plan, Halo Infinite will be available for Xbox One, Xbox Series X | S, and PC on December 8.

Xbox Game Pass affiliates will also be able to enjoy this game from day one. What remains to be seen is a good video showing the differences between each of the versions. It would be something interesting to appreciate.