Home Entertainment DiabloImmortal: how to pass the Namari Temple dungeon 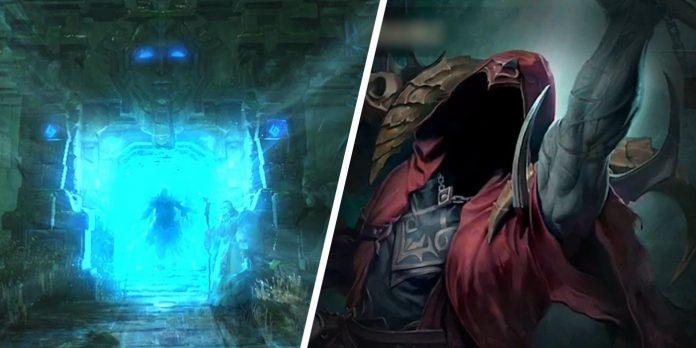 Namari Temple is a dungeon in Diablo Immortal that players must enter during the “Last Summoning”, the seventh quest of the Bilefen storyline. Despite its name, Namari Temple is not a real temple, but acts as a prison in which Sargoth is imprisoned. Sargoth, the Nephalem who betrayed his kindred, is the last boss of the Namari Temple. The unique mechanics of his boss battle in Diablo Immortal is that he will summon three random podboss before fighting a squad of dungeon heroes. Only after the third mini-boss is killed, he will engage in battle with the adventurers.

The first part of the Namari Temple consists of a single corridor leading to a large room closed by a misty gate. To break this barrier, players must destroy two groups of skeleton warriors and archers patrolling the hall. Namari will be standing in the center of the next room. After interacting with it, two waves of skeletons will appear from underground. These mobs shouldn’t give the heroes too much trouble, but be careful when dealing with elite enemies, Skeleton Mage and Skeleton Marauder.

After collecting all the remaining loot on the ground in Diablo Immortal, players can enter the third room after Namari removes the magic barrier. In the next part of the Namari Temple dungeon, there are three skeleton magicians standing in a circle and summoning various monsters from the void. First kill Sammon to remove the protection of the magicians. Remember that after death they explode with blue flames.

Passage of the Namari Temple dungeon in Diablo

The fourth room in the Namari Temple is similar to the summoning ring in the previous room, except that the three skeleton magicians are now equipped with shields that make them invincible. To dispel these shields, kill all the summoned demons in the center of the ring. Once the area is cleared, Namari will open the gate to Sargoth’s lair.

Coldsnap: Remember this boss’s ice strike, during which the enemy slowly raises his mace and hits one area, dealing ice damage. Siegebreaker: Beware of this boss’s jerky attack, which throws players into the air and deals significant damage. . Ash Marauders: One marauder has the ability to rotate, another will have a dashing attack, and the third will throw homing projectiles. Fallen War Matron: To defeat this mini boss, players must manage their distance from the enemy, never stopping in one place. Remember about his fourfold strike attack, which deals huge damage. Hot: Avoid standing in rings of fire and attack the mini boss from the back or side to kill him. Gluttony: Be careful not to stand in poisonous puddles while fighting this undead boss. in Diablo Immortal.

Summon the Nephalem Warrior: Sargoth will summon four hostile Adda who will join the fight. Fire rockets: The boss will bring down several blue flame projectiles on the boss, which will cause significant damage from gorenje on the area. Freezing Spikes: Several spike-shaped spheres will appear and smash with AoE after a delay.

The main tactic for survival in this battle is to always move around the arena, dodging Sargoth’s attacks. Also, it’s very important to have an evasion ability ready to come out of his many AoE abilities.