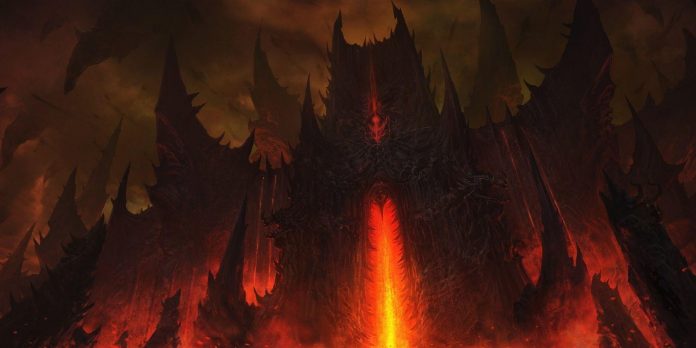 Diablo Immortal is filled with undead humans and creatures, demons, gore, and many other things people would consider dark, horrifying, gross, or evil. Players will be tasked with helping save innocent and not-so-innocent people from many evil abominations and entities alongside growing more powerful and finding out about their hidden past. Everything may not be what it seems, but battling and defeating Skarn will bring players the closest to their character’s purpose and destiny.

Towards the end of Diablo Immortal’s storyline, players will have to face the strongest demon that is pulling all the strings and threatening the world’s destruction, Skarn himself. If defeating all the other demons and monsters wasn’t enough practice to prepare players to defeat Skarn, continue reading because this is all the advice that is needed to defeat Skarn.

Throughout the storyline, players are occasionally given hints about their inevitable battle with Skarn and are given many opportunities to obtain EXP to level up, while getting better gear to increase, CR (Combat Rating). The final step is when players are tasked with saving four Archangels; however, each time the player saves one, there is a powerful demon that must be defeated to save them.

Some Archangels are even corrupted so deeply that they cannot be saved and in turn, transform into powerful demons themselves. After attempting to save all four Archangels, players will gain access to the Pit of Anguish dungeon and must be level 56 to clear it. Having bonuses from being in a Shadow or Immortal Clan will make clearing this dungeon even easier. Clearing this dungeon is the final step towards getting a battle with Skarn.

How to Beat Skarn in Diablo Immortal

Having a powerful Solo class will help in an intense battle such as this. Once players begin fighting Skarn, the battle may seem fairly simple; however, this feeling is short-lived once the boss starts shooting demon fireballs. Dodging from left to right or right to left and keeping enough distance away from Skarn will allow players to easily outmaneuver them. Then, the boss will summon some worm-like creatures that shoot small fireballs from a distance, but they’re not hard to take down due to their low health.

The next type of attack Skarn will most likely perform is his linear laser beam where he will rotate his body in whichever direction players run to ensure they will take massive amounts of damage. The trick here is to rotate clockwise or counter-clockwise and once the decision of the rotation has been decided, players must stick to it.

If players try to swap from clockwise to counter-clockwise or vice versa, players will take tons of damage or even die from one long swipe from this lethal attack. Once Skarn finishes the beam attack, he will cycle back to his basic fireball attacks, then to his demonic fireballs, which are much larger than his basic fireball attacks, then back to his beam. Learning and memorizing this pattern is one of the first crucial steps to defeating Skarn.

Once players have lowered Skarn to 2/3 of his health, he will disappear and summon Immortal Guardian Visions of the respective classes of the players in the game, such as Barbarian, Wizard, Monk, Demon Hunter, Crusader, and Necromancer. Taking down these Diablo Immortal enemies shouldn’t be too difficult, although the Monk and Barbarian can be quite disruptive so prioritizing taking them down first would be ideal.

After destroying all the Immortal Guardian Visions, Skarn will return and shoot out multiple fireballs at all the points of a Heptagon. Next, he will return to cycle through his basic fireball attacks, to his demonic fireball attacks, then the laser beam until players have lowered Skarn to 1/2 of his HP. He will disappear and summon all the Immortal Guardian Visions again and once they’re defeated again, he will return and shoot the multiple fireballs in a Heptagon again.

Once Skarn is at 1/3 of his health, he will roar, becoming enraged, and enter into Phase Two. Skarn will disappear and reappear with three duplicates of himself and players will have about 8 seconds to find and kill the real boss. If players fail to find and kill the real Skarn, the Skarns will shuffle around their locations, restart the timer and refill their health pools.

Many players will struggle here or even give up from frustration, but there’s an amazing tip to finding out which Skarn is the true one. Pay close attention to the feet of all the Skarns and only the real boss will have a red circle underneath them. Once the genuine Skarn has been destroyed, the duplicates will vanish and the demon will do his Heptagon fireball attack again. He will go back to his cycle of Phase 1 attacks that were aforementioned until players lower him to 15% health. Then he will disappear and summon the duplicates of himself yet again.

After players find the real Skarn one final time, he will return with the Heptagon fireball attack and fight players to the death. Around this time of the fight, the end will seem so close but yet so far because most players will be out of potions and there won’t be any monsters to kill for Health Globes to heal. If players can make it through this final fight, Skarn will finally be defeated and players will be at the final step to beginning the end game.

Diablo Immortal is available to play on Android, iOS, and Windows.