Home Entertainment DiabloImmortal has been criticized in China after a social media post mocked... 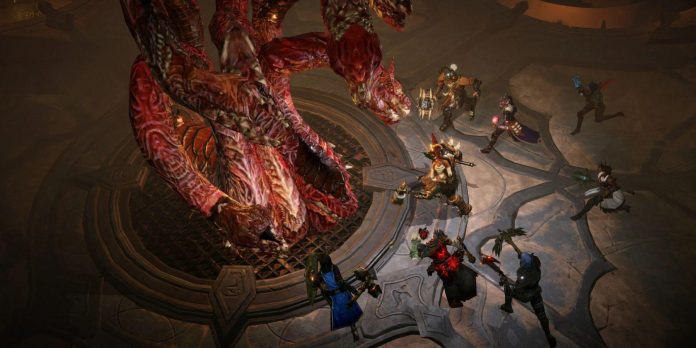 Last week, NetEase, Blizzard’s localization partner in China, officially postponed the release of Diablo Immortal. Originally scheduled to launch on June 23, NetEase explained the delay by solving a variety of technical problems affecting the performance of the game. However, there may have been another reason for the delay of Diablo Immortal, related to the alleged publication on the social network Weibo, which ridiculed Chinese President Xi Jinping.

On May 22, the Diablo Immortal Weibo account was accused of publishing a post that translates as “Why the bear didn’t resign.” As for context, “bear” in Chinese is a term often used to describe incompetence and cowardice, especially in relation to politics. It is also a word that is often used to humiliate President Jinping, who can be insultingly called a Pooh bear. It is assumed that the message asks when President Jinping will resign.

Perhaps unsurprisingly, the alleged post from the Diablo Immortal account caused a massive backlash in China. Social networks are tightly regulated in the country, and criticism of public figures and politicians can have dramatic consequences. Nationalism also encourages many social media users to react aggressively to political criticism, as evidenced by reviews of international games that are even implicitly associated with criticism of China or President Jinping.

The situation is inflamed by the fact that President Jinping is expected to begin his third term at the 20th National Congress of the Communist Party of China, which will be held later this year. Critics have called on President Jinping to “resign,” as in the alleged Diablo Immortal tweet, and for new leadership in the country. This political movement often causes hostility on Weibo and other social networks.

As for how Diablo Immortal fits into the situation, it is still unclear what will happen next. Video games in China face incredible scrutiny to get approved. Any disagreements related to the project usually lead to the fact that it is not approved for release. However, there is no official confirmation of the ban of Diablo Immortal in China at the moment. However, this does not necessarily mean that it will eventually be released.

There are some doubts about the veracity of the alleged publication of Diablo Immortal Weibo. There are rumors online that this was rigged to prevent the launch of Diablo Immortal in China due to anger over the strong monetization of the game. Suffice it to say that the situation is incredibly complicated, and there is no easy way to fix the situation or what may happen next.

Diablo Immortal is already available on PC, as well as on iOS and Android devices.

Star Wars: The Mandalorian Already Has An Official Poster In The...

Tori Roloff from LPBW talks about the “hard day” of working...