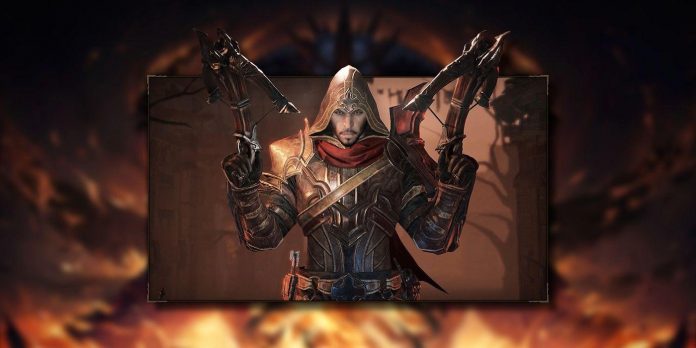 There are six character classes in Diablo Immortal. A demon hunter is one of three ranged specialists using a crossbow to keep enemies at bay. This guide covers a basic comprehensive build and play strategy that will help the player make the best use of ranged attacks.

The Demon Hunter, first introduced in Diablo 3, quickly became the primary weapon for ranged attacks, replacing the Amazons class in Diablo 2. In Diablo Immortal, a Demon Hunter can use a combination of crossbow attacks, traps, and magic to fend off hordes of demons and enemies. To make the best use of the advantages of this ranged combat class, players should focus on a small set of powerful area attacks (AoE).

The key to successfully assembling a demon hunter is the ability to deal permanent damage to both individual players and a wider area. The main attack should be a crossbow shot. Another potential primary attack is the “Explosive Arrow”, available at level 34, but not enough to overshadow the basic crossbow shot.

Diablo Immortal is the best universal build for a demon hunter

The four best skills for this demon hunter build in Diablo Immortal are focused on dealing massive damage over a wide range.

Multishot (Level 1): Simple, powerful and effective. Although this is one of the first skills introduced to the Demon Hunter, the Multi-shot sends a barrage of arrows in a wide arc into enemy targets with a 9-second cooldown and a maximum of three charges. In combat, combined with a Rain of Retribution, this is enough to keep enemies away from the player and deal hefty damage with a large AoE. Rain of Retribution (Level 3): Rain of Retribution has a slightly longer recovery time of 16. seconds, but has a large circular AoE when arrows fall from the sky on all enemies within reach. This skill goes well with any physique. Daring Swing (level 15): Daring Swing is an acrobatic move that allows you to jump over a crowd of enemies. After activation, the player can choose the direction of movement, and the Demon Hunter shoots at the enemies below during the swing. It serves as both an evasion maneuver and an attack and should be included in the basic build of the demon Hunter. Revenge (Level 50): Revenge is the last unlockable skill. Revenge enhances the main attack, making it more powerful and adding additional crossbow bolts for 6 seconds. It also has a passive speed boost effect.

The strategy of this build is to stay at a distance, deal as much damage as possible on the widest possible AoE and have a quick exit in case a horde of demons approaches the player. This build is best suited for solo walkthroughs, mini-dungeon raids and hidden lairs, as well as for PvP, which makes it a good universal build and strategy for Diablo Immortal.

Consider these to be the second-place skills for a demon hunter in Diablo Immortal. If the player needs more skills to attack and drop an enemy, the “Drop Shot” does a good job of dealing damage and pushing enemies away. It doesn’t have a wide AoE, instead it pushes in a straight line away from the character, throwing everything in that narrow field a considerable distance away. A drop shot has a 12-second cooldown, which is longer than the aforementioned skills, but can stun an enemy if the enemy collides with an object.

Rain of Vengeance, Multishot, Daring Swing and Knockback Shot are considered ranged attacks from a crossbow. Revenge is an example of the shadow magic of a demon hunter. Another, not mentioned type of attack is traps. Traps can be considered for raid-oriented builds, as they work best when enemies come into contact with a trap. But compared to the more destructive Rain of Vengeance and Multishot, traps can be ignored for the best builds of the Diablo demon hunter class.

Doctor Who: Predictions for the image of Dr. Kutti Gatwa