Home Entertainment Diablo IV will “advance the ARPG genre,” according to Activision 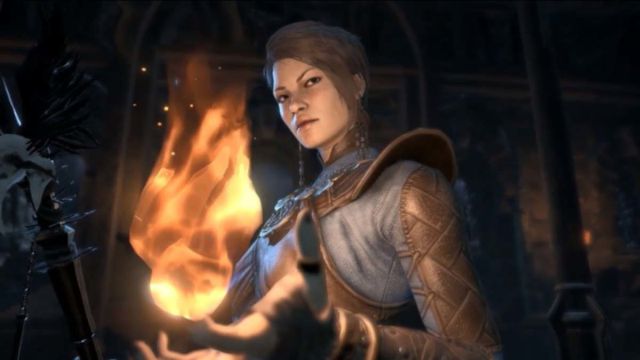 Diablo IV: From the company they trust that the three different deliveries of the franchise that are to come meet the expectations of their demanding community.Despite the problems that have arisen in recent times within Activison Blizzard, which have even had consequences in the upper echelons of the company, they have high hopes for the future, and one of the pillars of it is Diablo. The classic Blizzard franchise has no less than three installments to come: Diablo IV, Diablo Immortal, for mobile, and Diablo II Resurrected, which, according to Daniel Alegre, COO of the company, “will expand and enlighten the community, and surpass Your expectations”.

Speaking specifically of the fourth numbered installment, Alegre believes that it will serve to “take the art of the ARPG a step forward”, after a third iteration that did not have the best possible reception among players, but that was able to rebuild itself with multiple updates and a great expansion, Reaper of Souls. As for Diablo Immortal, which despite the lack of news is scheduled to be released this year, Alegre says it will “bring a genuine experience to a wider audience.”

A wait that will still be long

From Activision Blizzard they assure that they have received very positive feedback on what was shown in the last Blizzcon 2021, but they have not stopped working, “progressing through important achievements in development”. Despite that progress, Diablo IV will not arrive this year, offering “hundreds of hours to complete it all” when it is released on PS4, Xbox One, PS5, Xbox Series and PC, most likely throughout the year. the next year.

Meanwhile, fans will be able to enjoy Diablo II Resurrected this same 2021, recently having an exclusive technical alpha for some players, but it does not yet have a specific release date. Interestingly, the games that we may have saved in the original Diablo II can be transferred to this new revision.