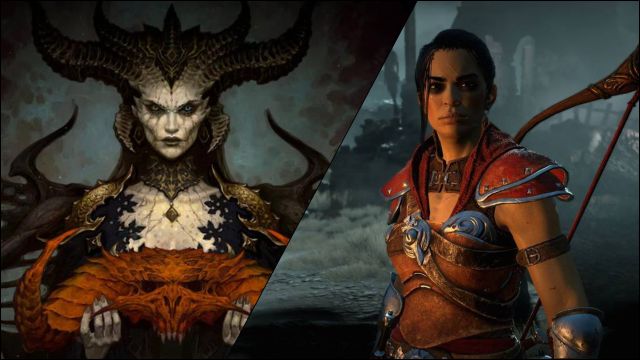 The studio responsible for the long-awaited fourth installment of the series has designed the video game to last “hundreds of hours.” It will not go on sale in 2021.

Blizzard plans that Diablo IV can last “hundreds of hours”, that the experience does not end once we finish the main campaign. Joe Shelly, lead designer of the long-awaited video game, declared in a meeting with 3DJuegos during BlizzCon 2021 that the main campaign could take between twenty and thirty hours.

If in Diablo 3 we could estimate about eighteen or twenty hours for the campaign – more than 150 to complete everything – and a little more than thirty-five for Diablo 2 (whose remastering is on the way this year), in this fourth installment it will be more Difficult to determine the approximate duration of the solo main mode given the open world nature of the Sanctuary scenarios.

“The main campaign of Diablo IV has events and stories that can be developed in any order” he begins saying in this regard; For this reason, ending the campaign may take us more or less hours depending on what we entertain ourselves. There will be more reasons to lose ourselves in everything that surrounds us.

Because the philosophy is very clear within the studio’s offices: “[…] we come to Diablo to play hundreds and hundreds of hours,” he adds. The world of Diablo IV will consist of a total of five major regions. At first the experience will be more linear to introduce us to the story; afterwards, the opening will be total and the player will have the power to choose how and where to go, explains Shelly.

Diablo IV, one of the great stars of BlizzCon 2021

During BlizzCon 2021, Blizzard also released new details regarding camps and mounts. While the dungeon crawler aspects will be important, they will seek a better balance between combat and exploration, starting with a larger and more open stage design, with more exploration options and even a slight approach to the platform. Enemy camps will have their own stories, they will be permanent — unlike missions — and releasing them will have a direct implication on the world, with more and more characters and merchants thought to offer us more content. Finally, the Diablo IV team wants the differentiation between classes to be very well marked, which will make it easier for the confrontations between players (PvP / PvP) to be very diverse.

Diablo IV is currently in development for PS4, Xbox One, and PC; Its premiere is scheduled for beyond 2021, so that, in the best scenario, we can start playing at some point in 2022.

Spotify will categorize your favorite songs!