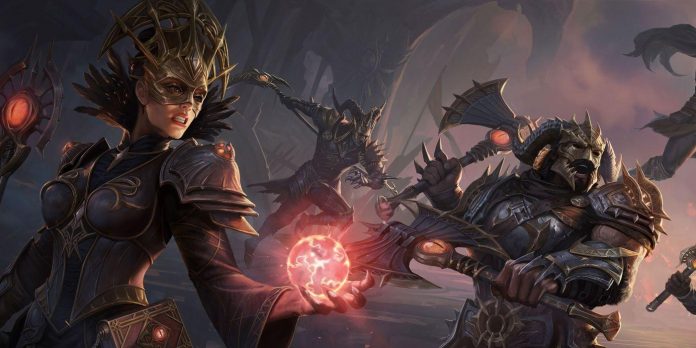 In the main part of Diablo Immortal, players kill all kinds of monsters, but instead players can kill each other in PvP mode. There are ways to play Diablo Immortal without spending money, but this option is limited when it comes to PvP. There have been many reports of players spending thousands of dollars and not even getting a 5-star legendary gem. These are the best gems in the game, which make the characters much stronger and almost inaccessible to free players.

This means that those who decide not to spend money will be limited to PvP in the game. Players noticed that Diablo Immortal received the lowest score on Metacritic in history — 0.2. In addition, many players criticize aspects of the game, calling it pay-to-win.

By topic: How to improve equipment in Diablo Immortal

The main story is fascinating, and players can go through it without spending money. However, most of the excitement in Diablo Immortal arises after completing the game, and this is where players run into the game wall. PvP faces this problem even earlier. Because of this, players can play other games with a more balanced PvP. However, for those who still want to fight with others, there are classes, weapons and equipment.

The best PvP classes, weapons and equipment in Diablo Immortal

Mobility is an incredibly important thing in Diablo Immortal PvP mode. Strategies include a dash, dealing damage, and then a dash before taking too much damage in return. Some classes do it better than others. The class that does it best is the Monk. Demon Hunters and Crusaders are also good choices when choosing a class for PvP. Barbarians get honorable mention for good class in PvP, not for their mobility, but because of their ability to withstand a lot of punishments before falling. Although the Necromancer class is very interesting in PvE, its lack of mobility is a problem when it comes to PvP, so players should choose it last. Wizards are also a lower-level class when it comes to PvP.

When it comes to choosing weapons in PvP, players should pay attention to the legendary Diablo Immortal weapon. Of course, what they choose depends on their class, but they need weapons that slow down opponents, cause huge damage or increase mobility. Here are some examples:

Diablo Immortal has a huge variety of equipment, but players should look for equipment that improves the best characteristics or skills for their class. Builds will specialize in a certain skill, but will still have some flexibility to work with things that other players will use against them. Specialization in a skill usually manifests itself in the form of items from a set, but many legendary items turn into powerful assemblies. Finally, players will complete the build with the best of the legendary gems available, which are usually only available for money. Hopefully, in the future, developers will implement a mode in which players will be able to play Diablo Immortal with friends in PvP, and not with random players who have spent a lot of money.

How to Use Reset Abilities in Neon White