Home Entertainment Diablo Immortal: how to pass the dungeon “Tomb of Fahir” 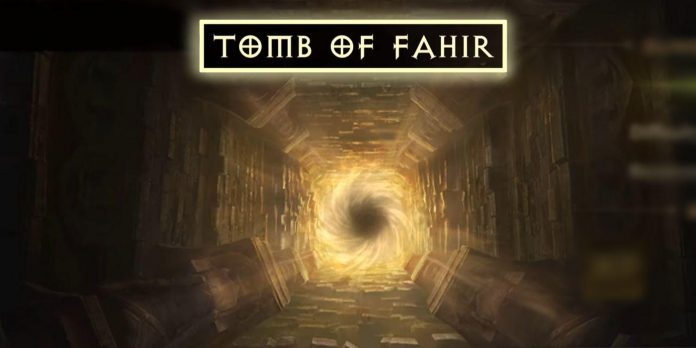 Fahir’s Tomb is a dungeon in Diablo Immortal, which adventurers must pass near the end of the chain of tasks of the Shasar Sea. This dungeon becomes available after the heroes have completed the “Fragment of Wisdom” quest, during which the main character must explore the Hall of Wisdom and defeat Vatep the Sacrificed and Corfet the Poisonwing. After speaking with the leader of the Amber Blades in Diablo Immortal, Tabri, players will be able to enter Fahir’s Tomb.

To complete Fahir’s Tomb in Diablo Immortal, dungeon explorers need to complete several tasks. The main purpose of the dungeon is to find and kill Segitis Cluster Flesh, Fahir’s servant and Keeper of the Catacomb Tombs. Segitis is a massive spider—like monster with humanoid features of the head, but a nightmarish belly with numerous appendages. Before the adventurers can fight this grotesque beast, they must first go through a series of boss battles with the help of the Icon of Souls, the Icon of Rebirth, King Fahir and the Colossal Tomb Spider.

When launching the Fahir Tomb dungeon, the first task is to “print out the inner chamber”. After clearing the initial areas from Dust Devils and other mobs, go to the northwest room with the first mini-boss, the Icon of Souls. To defeat this boss in Diablo Immortal, players must constantly move around a stationary enemy when he hits with his staff, which causes a delayed attack on the area. It will also occasionally spawn a group of ADDS to deal with.

The Icon of Rebirth can be found in the bluish dungeons to the southeast of Fahir’s Tomb. He has the same abilities as the previous Icon, including a laser beam attack during which he spins in an arc. Once the Icon is dead, return to the central zone and now head northeast to the burial chamber of Fahir, the ruler of the undead Shassar. King Fahir is fixed in place and also uses the same attacks as Icons. However, one technique that fighters should be wary of is his massive charged attack across an area that covers almost half of the arena, and he is at the epicenter.

When Fahir dies, the entrance to the elevator leading deep into the Tomb will appear in Diablo Immortal. During the descent, adventurers must fight a Colossal tomb spider that will tear off parts of the elevator platform. After reaching the bottom, players must face Segitis, the last opponent of the Dungeon. During the first phase of the battle, Segitis’ goal can only be his legs, but watch out for his blows on the square. In the next stage, the boss spews spider shells that can trap players, and in the final stage, the entire beast is attacked. Once Segitis is defeated, players will be able to collect their rewards and complete the dungeon.

Bernie Stolar, former president of Sega of America and co-founder of...

Friends: Why Ross &Emily was a Better Story than Ross &...