Home Entertainment Diablo Immortal: how to get platinum 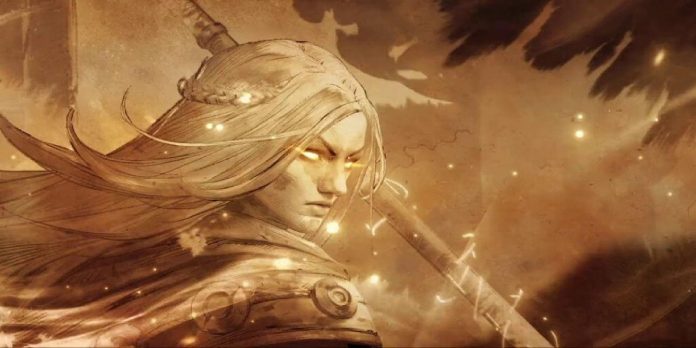 Diablo Immortal is filled with many ways to progress in the game when it comes to gaining strength. Players can kill random enemy mobs for items, gold, and experience. Players can go through rifts, dungeons and raids. Players can start the battle in PvP mode on the battlefields of Westmarch and even in Shadow Clan Wars.

However, Diablo Immortal has a hard-to-find resource called Platinum. Earning 120 Codex Points will earn players 300 Platinum per day, and this guide will teach players the fastest, most effective and inefficient ways to earn Codex Points while meeting other needs.

Dungeons are dungeons filled with lots of deadly monsters and multiple bosses. Players tend to go through dungeons regularly, whether it’s dropping sets of items, legendary ones, or even EXP (experience Points). Certain dungeons are more suitable for different purposes. For example, Fahir’s Tomb gives a decent amount of experience and loot and contains a certain type of unique set of items, but it is one of the longest dungeons to traverse.

Players who are not looking for a specific set of items that fall from here, it is better to avoid this dungeon for the sake of efficiency. However, since our goal is platinum, we want to go through the Namari Temple dungeon. This is one of the shortest dungeons in the game, but it gives us a whopping 20 Codex points per pass, or 40 if it’s a select event.

Elder Rifts are short randomly generated dungeons packed with hundreds of enemies that players will have to fight. With each monster killed, the lane in the player’s task log will gradually fill up.

Lightweight and rare mobs will drop special globes that fill the lane faster compared to regular mobs, so it’s better to try to escape through the Elder Rift in search of elite and rare mobs to destroy.

As soon as the lane is full, a random boss will appear, and as soon as the boss is killed, magical, rare or legendary items will drop out.

No matter how great they are, this is just the icing on the cake, because the main reason for completing this task is to get 8 Codex points or 16 if it is marked as a favorite event. Although 8 points doesn’t seem like a lot of points, Elder Rifts can be completed in 2-4 minutes, depending on how strong and lucky the players are.

The Bestiary can be filled by killing random enemies outside of dungeons, for example, in Dungeons, Trial Rift, Elder Rift, Helliquari Raids, etc. Players usually do this by completing story quests, reward boards, or hunting for lost pages.

Something called Monstrous Essence can drop out of these random enemies, and once 10 are collected, players will be able to fill their Bestiary. This can be done up to 3 times a day and give players 40 Codex points, loot, experience and gold. This is the highest number of Codex points that can be obtained for any event in the game. However, that doesn’t make it the best way to get Codex points.

The monstrous essence is very unpredictable when it comes to falling out. Sometimes players find a lot, and sometimes they kill hundreds of enemies, and none of them falls out.

This makes the Bestiary an inconsistent and unreliable method of obtaining Codex points, making it impossible to calculate how long it will take to get 120 Codex points using this method. It’s best to let the Bestiary be completed while the players are doing other important tasks, rather than focusing mainly on the Bestiary itself.

Rewards are randomly generated short quests that reward players with loot, gold, experience, and 8 Codex points. Quests are usually quite simple to complete, such as killing X enemies in Location Z or collecting X items from enemies in location Z.

Players can complete up to 4 contracts per day, which is 32 Code points. However, if players are lucky, they can get enough of the Monstrous Essence they need by fulfilling these contracts, which will add up to a whopping 72 Codex points. Despite the fact that the chances are low, it is still possible, and without the participation of the Bestiary, it takes about 4-5 minutes for each award.