Home Entertainment Diablo Immortal: how to find and complete the demonic gate 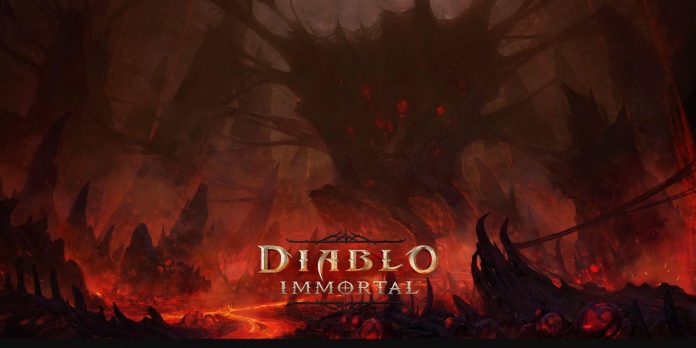 After the awkward announcement at BlizzCon 2018, Diablo Immortal became a great success for Blizzard. The free game for mobile and PC has already raised $24 million in just two weeks, even though microtransactions have been criticized by fans and critics. Part of the success of the game is due to the gameplay, which should be at home for Diablo veterans, even with a few new settings, such as recharging abilities rather than mana consumption.

Long-time fans of action role-playing games will still find all the classic distinguishing features of the series from different classes to play for, loot, experience, killing monsters and, of course, random events that may appear during the study. Boss battles are also an important part of the experience, such as huge beasts like Hydra, which promise a chance to get even rarer loot.

While exploring various game zones, Diablo Immortal players may also encounter random events, including Demonic Gates. Here’s everything players need to know about these events, including where to find them and how to complete them.

What is a Demonic Gate?

Given that there is no way to summon or activate them, players should not actively hunt them, but simply play in the zone and hope to stumble upon them. Fortunately, when he appears, the players in the zone will be notified. However, the gates are worth it, as their completion gives players excellent rewards and loot, such as enchanted dust, which is crucial for improving weapons and equipment.

How to pass the Demonic Gate

It’s worth noting that the Demon Gate is designed for high-level late-game events. In fact, to get into the Realm of Damnation zone, players must be at least level 56, and the difficulty must be set to “Hell”, unlockable after completing the campaign and reaching level 60.

Once these requirements are met and the Demon Gate is found, players can enter it to face waves of enemies, as well as perform simple tasks within a certain time limit. Although Blizzard initially confirmed that Demon Gates will be an activity for three people, they can also be completed alone, so players do not need to search for a group in advance. After the demons are destroyed, the last thing to do is to close the gate to prevent the demons from invading the realm.

Fortunately, the players will be rewarded for the work done. In addition to the previously mentioned Enchanted Dust, players also received armor, and if they were lucky, additional materials and legendary items. During these events, you can also earn Cursed Chests, giving players even more loot.

Instagram Facebook’s open use of Finstas is a bad move, unlike...