Home Entertainment Diablo Immortal: how to clean the web 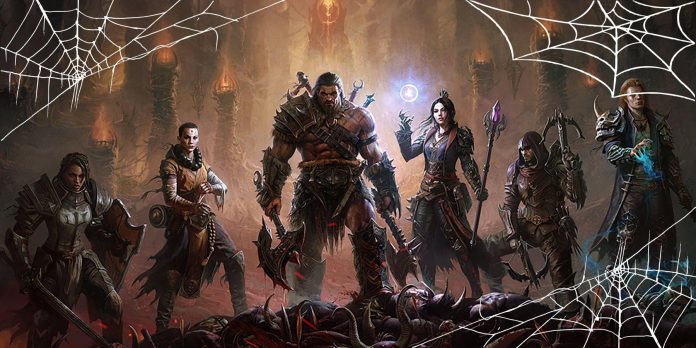 Despite the initial wave of criticism and negativity after the clumsy announcement at BlizzCon 2018, the free Diablo Immortal game has mostly received positive reviews from both critics and fans. Although Diablo Immortal was originally developed for mobile devices, Blizzard unexpectedly announced that Diablo Immortal is also launching on PC, opening the game to a wider group of players and giving fans another way to pass the time before the release of Diablo 4.

While Diablo Immortal retains the classic hack and slash loot style gameplay that fans expect from the series, many new elements have been added, given its original design for mobile devices. Including a microtransaction and combat pass system, the actions are designed to be shorter in volume to support gaming sessions typically associated with mobile games. Many skills support automatic aiming and virtual control, mana has been replaced with a new recharge system, and classes have a new ultimate attack mechanic.

Another important focus of Diablo Immortal is the daily rewards system, which challenges players to hunt down and kill certain creatures in the world or create certain items to earn a good amount of XP. While many of them may be simple, there are some, such as “Clearing the Web”, that may turn out to be a little more difficult than expected.

Clearing the Web Reward: A Step-by-Step Guide
Players receiving this award need to kill 50 spiders to get the rewards. The place for this is the Ashwold Cemetery, where you can find spiders. Unfortunately, there is no place in Diablo Immortal where you can find all 50 spiders. In fact, many players report seeing only a few at a time. Killing a group in this area will cause new ones to appear, but they seem to have 10-minute respawn timers, so this method is not very effective, as it will take several hours to complete. To make matters worse, many players report an error with rewards related to this quest, due to which spiders do not appear at all. Dedicated players can certainly get rid of this over time, but in the end the reward itself may not be worth it compared to others. which can be completed much faster. Given that this is the only place where these spiders appear, players are advised to skip this reward until Blizzard resolves the issue with a future update.

Rewards are one of the best ways for Diablo Immortal players to gain experience quickly, and fortunately, players have a lot of control over the management of the playing field. Each reward on the board can be transferred using the refresh button in the upper right corner of each reward banner. Removing a reward replaces it with a new one, so players can remove the ones they don’t like or, in the case of this spider, can’t be cleared.

It should be noted that players only have three passes per day, and they can replay only before accepting the reward. For those who have already received the “Clearing the Web” award, they can either let the timer expire, or enter the menu and select “Refuse Quests” in the quest to delete it.

What does ARMY mean to Jimin?