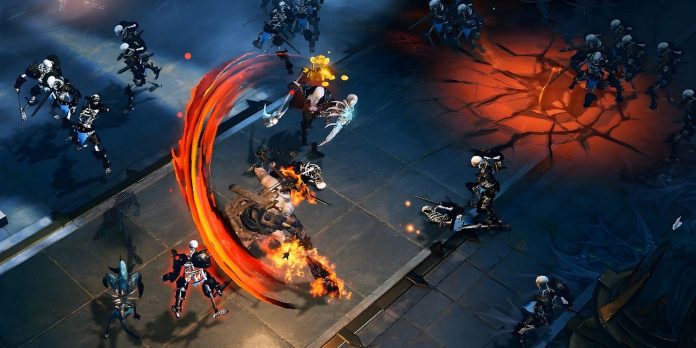 Activision Blizzard was widely criticized after the release of Diablo Immortal due to the surprisingly ambitious monetization scheme of the game, which was created so that the player could fully reveal his character in one go for more than $ 500,000. However, despite being criticized, Immortal performed very well and earned the publisher a very decent amount in the couple of months it was released.

In fact, sources now claim that Diablo Immortal has earned over $100 million on iOS and Android alone, completely ignoring the money she earned for Activision Blizzard on PC. These results — although not particularly surprising — suggest that the publisher was right to set up a monetization scheme for the game in the form in which it was presented, and may well affect its future investments.

While Activision Blizzard has remained silent about Diablo Immortal due to the many criticisms it has been subjected to, this financial data comes from SensorTower, a marketing analysis website that has been collecting data about the game since its launch. SensorTower’s findings show that Immortal’s rapid growth is second only to Pokemon GO, which brought in $100 million in just two weeks. For comparison, Diablo Immortal took eight weeks to do the same, and the third fastest earnings were Fire Emblem Heroes from Nintendo in 10 weeks.

This information suggests that previous estimates that Diablo Immortal earns about $1 million a day were really very conservative. Thus, Activision Blizzard’s new cash cow is unlikely to significantly change its monetization systems, since the system seems to have worked in the end. It is unclear whether the criticism directed at Immortal since its release has affected its performance.

Although the game is an incredible source of income for Activision Blizzard, it is not without a lot of problems. One of the most serious problems that players have faced so far is the error of losing XP in Diablo Immortal, which led to the loss of millions and millions of XP points for players. Fortunately, the company is aware of the problem and has promised to reward the lost XP to the affected players when the problem is solved.

Without taking into account the stellar financial performance of Diablo Immortal, the main fans of the franchise may be more intrigued by the prospect of a full-fledged main Diablo game. Indeed, the Diablo 4 beta files have now been discovered in the game launcher Battle.net which suggests that the beta testing phase of the game may go further than some suspected. Meanwhile, Immortal is certainly doing well, despite all the criticism around the aggressive monetization system of the game.

Diablo Immortal is currently available on Android, iOS and PC.

The Girl Before: Gugu Mbatha-Raw and David Oyelowo