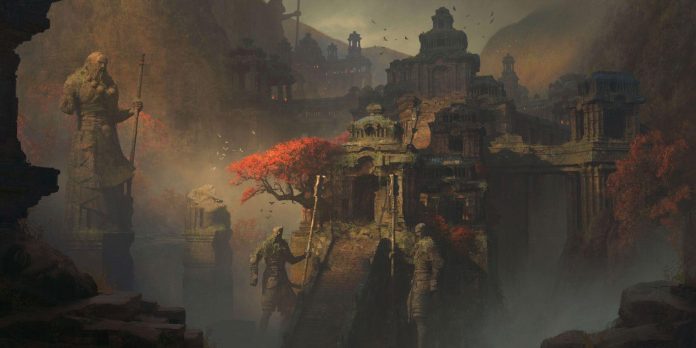 The Ancient Nightmare Diablo Immortal event challenges players to dispatch a world boss, and it is active every Wednesday and Friday at 12:00, 20:30 and 22:00 server time. Although the Ancient Nightmare is not particularly difficult to kill in a group, its mechanics may seem a bit confusing at first glance. This guide is designed to resolve any confusion that may arise around the “Ancient Nightmare” event in Diablo Immortal, and help players defeat the corresponding boss.

Arriving at Mount Zawain at one of the aforementioned moments, players should see that an Ancient Nightmare has arrived, and they can use Diablo Immortal’s automatic navigation feature to get to it. It is noteworthy that fans who are in the area of the appearance of an Ancient Nightmare should receive a notification, and pressing “OK” will automatically direct the character to the boss. Players can also simply search for an Ancient Nightmare in the Misty Valley if they have trouble finding it using auto-navigation.

After discovering an Ancient Nightmare, Diablo Immortal players must follow the boss while waiting for him to pass by one of the Altars that are in the area. When this happens, fans must interact with the Altar and enter the Zakarum Seal into it. This action will cause a dome of light to emanate from the altar, which will temporarily remove the shield of the Ancient Nightmare and allow players to inflict some damage to the boss.

In short: The seals of Zakarum can be obtained from Lord Martanos, another boss in Diablo Immortal, who appears on Mount Zawain. In particular, players can summon Martanos at the Altar of Martanos, which is located in the crypt in the northwest corner of the Zakarum Cemetery, and you can fight with him every 30 minutes. While it’s certainly not necessary for a player to have enough Seals to cover the entire Ancient Nightmare event on their own, it might be worth having a pair in hand before engaging in boss combat.

Fans now just have to repeat the process of removing the shield of the Ancient Nightmare and damage it until the enemy is killed. On the first kill, players must obtain a Vessel of Nilfura Precision, which can be taken to the Sanctuary of Iben Fahd to give the Diablo Immortal character an additional armor piercing. Fans should also gain access to the loot chest on subsequent kills, which will give them an incentive to return to Mount Zawain and take part in the event again.

Diablo Immortal is available on mobile devices and PCs.