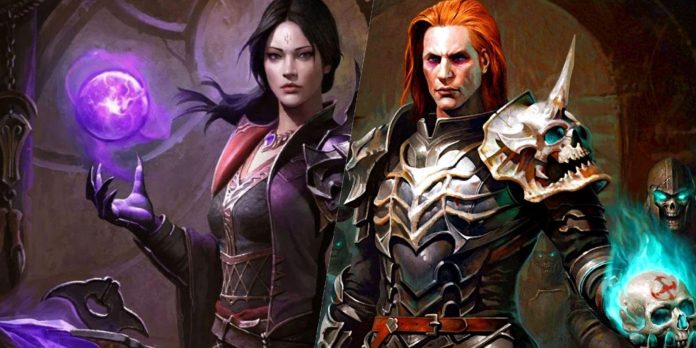 Every Diablo game has a wide range of attributes, and Diablo Immortal is no exception. The character’s progress is inextricably linked to the improvement of his characteristics, and this increase is mainly due to the accidental loss of loot and the level increase. It is important for players to learn how to navigate and use this system as effectively as possible if they hope to defeat the forces of Hell and save the world of Sanctuary.

Despite the numerous characteristics, the attribute system in Diablo Immortal consists of three types: primary attributes, secondary attributes and additional attributes. This guide will cover them categorically.

The useful thing about stamina and willpower is that they offer both attacking and defensive bonuses due to secondary characteristics that they increase.

Secondary attributes are related to the player’s strength and, perhaps, the most important characteristic in the whole Diablo Immortal — combat rating. Divided into offensive and defensive ratings, it is compared with the opponent’s combat rating and gives either a bonus or a penalty, depending on whether the target’s rating is higher or lower. Other secondary attributes are: armor, armor penetration, power and resistance.

Attack Rating — If it is higher than the target’s defense rating, it deals increased damage. Defensive Rating — If it is higher than the target’s attacking rating, it takes less damage. Armor — reduces the damage received and increases the chance of a block, where a successful block reduces damage by half. Armor Piercing — ignores the percentage of the opponent’s armor, and also increases the damage from a critical hit. Potential — increases the duration of harmful status effects depending on the enemy’s resistance rating. Resistance — reduces the impact of harmful status effects.

Finally, additional attributes are not only the most interesting category, they also allow players to truly create their own unique build for Diablo Immortal. There are a lot of them, they can only be increased with the help of items, and not all of them complement each other well, so players need to be careful in choosing equipment.

It is important to keep in mind that some classes in Diablo Immortal benefit from a certain additional attribute more than others. For example, a necromancer might find many advantages in reducing cooldown and accuracy rating, but a monk, on the other hand, would prefer to focus on attack speed instead.

Diablo Immortal is already available on PC, iOS and Android.