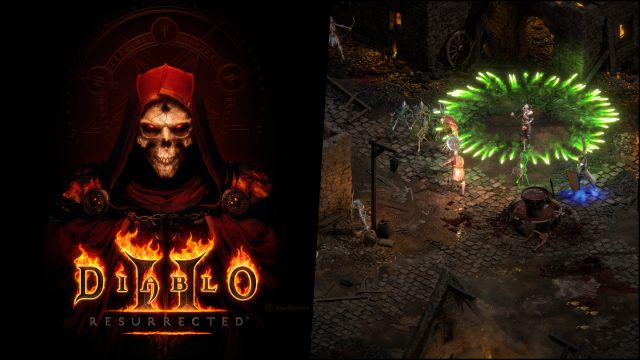 Diablo II: Resurrected will allow a group of players to get a preview of the remastering of the Blizzard classic. We already know the dates.

Diablo II: Resurrected, the remastering of the Blizzard classic, will feature a PC-exclusive Alpha Technique test. Between April 9 and 12, the players selected based on the registration on the official website will be able to immerse themselves in it for the first time. The study emphasizes that this will be “the first” test that will be carried out before its launch at some point in 2021. Another period is expected soon.

The first technical test will focus on a small segment of the campaign. Players will be able to immerse themselves in the levels “The Sightless Eye” and “The Secret of the Vizjerei”, corresponding to acts 1 and 2. The available classes will be 3 of the 7 that will be available in the final version: Amazon, Barbarian and Sorceress. It will be focused on the single-player game, that is, it will not have multiplayer functions. However, it will require an internet connection to play, something that will not carry over to the full game.

The team comments on its official website that the saving data cannot be brought to 1.0, nor can we see the renewed video scenes; During the demonstration you will see that the scenes are the same as the original, which act as a placeholder. Attendees will be allowed to capture and broadcast the complete content of the test. It also has support for controls, from which they hope to get feedback. Although this first Alpha is exclusive to PC, Blizzard warns that the next one will catch up with the console versions. It has not transpired in which systems.

Next we leave you with the minimum and recommended requirements for the Diablo II: Resurrected Alpha Technique.