Home Entertainment Diablo II Resurected, Analysis. To The East, Always To The East 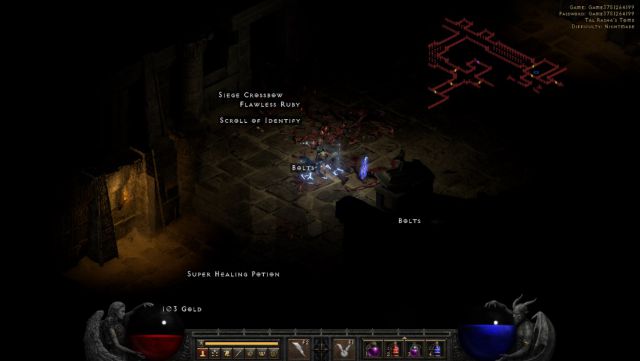 Diablo II Resurected: An immortal game that continues to preserve the values ​​that made it an absolute benchmark of the genre. More than 20 years ago, when monitors were 4: 3 and the resolution was 640×480 pixels, Diablo 2 appeared. It became an instant classic. Its landing on the worlds of the dungeon crawler and the ARPG produced such a shock wave that its effects are still being felt in the genre in titles today. It was the next masterpiece from a pre-Activision Blizzard North that seemed to know no wrong and consolidated, alongside Starcraft and Warcraft, its immense market share in PC gamers. And there was still World of Warcraft to come. Diablo 2 wasn’t a perfect game in 2000 but it was an iconic title in our industry and Diablo 2 Resurrected pays a fine tribute to it as a remaster. But in its desire to alter the original gaming experience as little as possible, a great opportunity is lost to update some design decisions that were already questionable years ago and that in 2021 will raise more than one eyebrow. Because Resurrected is not a simple graphic update, it is a full-blown relaunch that must therefore be measured against its contemporaries in today’s market, whether they are paid like Diablo 3 itself or free like Path of Exile.

There are two aspects, two points of view that one must take into account before facing D2R. Both are valid and they can be mutually exclusive without the need for confrontation; the first is to assess the game as a remastering strictly and there is no discussion there: we are facing a brilliant graphic update that in many moments puts Diablo 3 himself to shame. Both in art and style, Diablo 2 seems much more Diablo than its ” older brother”. It is dark, spooky. It is full of details that give it that characteristic personality, more gloomy and less cheerful than its predecessor. And played on PC at 2K resolution, the title shines showing those backgrounds, the drawings of those interiors, that multitude of details in the catacombs, those lighting changes when the lightning strikes, that crackle of fire. And those who thought that with an isometric perspective the step at 16: 9 or 16:10 would make him feel regular were wrong. We are not facing a simple facelift like the one that console users usually see in generational leaps; two decades have passed and the work here is respectfully masterful.

D2R continues to have intact those pillars that made it one of the greats. The story it tells is interesting, its cinematics (remade for the occasion) are still impressive, its cast of 7 protagonists propose different ways of facing the game depending on the chosen class and it continues to have that magical factor that hooks the player even after having finished the campaign in its three difficulty modes. It is quite a detail that the version chosen for this remaster is the post-rune and post Über-Diablo patch, which totally changed the game and made those of us who were already playing min-maxing at that time have new objectives to pursue. Because the concept of endgame did not exist at that time and basically and in essence we were striving to chase objects that allowed us to do the same thing that we were already doing … but a little faster. Diablo 2 was the apex predator of the dungeon cleaners and even today it is difficult to shake that essence of greatness that transpires through its pixels.