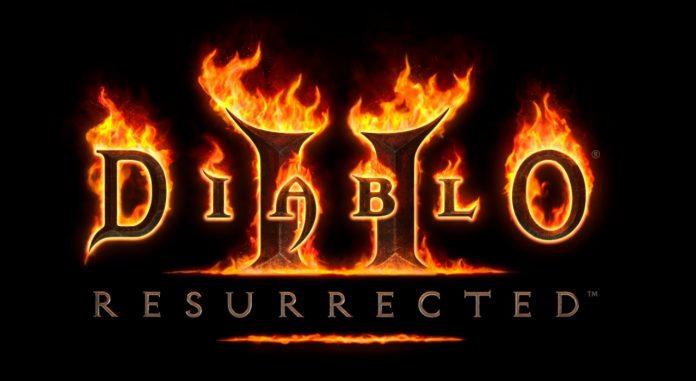 Diablo II, one of the most successful PC games ever, is back. Blizzard Entertainment announced Diablo II, a series that sets the rules for the action-role-playing genre, and Diablo II: Resurrected, a cutting-edge remake of the Lord of Destruction expansion.

In Diablo II: Resurrected, the game’s classic 2D graphics transform into today’s physics-based 3D models. However, dynamic lighting will be added to the game and the animations and magic effects of the game will be completely overhauled. Moreover, all of them will support up to 4K resolution. Each frame of the 27-minute classic cutscenes in the game, which reveals the adventure of the mysterious Dark Wanderer, is being redesigned.

Sanctuary’s spooky sounds and memorable original music are also being reworked to support Dolby 7.1 surround sound technology. Diablo II: Resurrected, which will boost the sound and graphics of the classic game, will preserve the deep gameplay details and key design elements that continue to entertain players around the world to this day.

Blizzard Entertainment president J. Allen Brack said, “Diablo II was a turning point for both Blizzard and millions of gamers around the world. We’re thrilled to bring this classic back to PC and consoles thanks to Diablo II: Resurrected. Thus, while old players will refresh their memories, new players will have the chance to experience Diablo II’s timeless gameplay for the first time on the platform of their choice with the opportunity of cross-progression, ”he said. “Diablo II: Resurrected’s new high-resolution sounds and visuals will be fun and engaging enough to match the game twenty years ago.”

Diablo II: Resurrected will have 7 character classes with extensive customization options; These are Amazon, Barbarian, Necromancer, Paladin and Sorceress from the main game, and Assassin and Druid from the Lord of Destruction expansion. Many different gameplay mechanics such as choosing different skills and skill sets, producing items and placing different items in their empty slots, completing item and clothing sets, obtaining unique weapons and armor, making Rune Word combinations await players in Diablo II: Resurrected.

Developed by Blizzard Entertainment and its internal studio Vicarious Visions, Diablo II: Resurrected is coming to Windows PC, Xbox Series X / S, Xbox One, PlayStation 5, PlayStation 4 and Nintendo Switch platforms this year. Thanks to the common progression function between supporting platforms, players will be able to play the game with the same characters and items on the platforms they want.

What do you think of the new version of Diablo II?