Today (19), Blizzard announced several new features of Diablo IV during BlizzConline 2021, such as the Renegade class, which won an incredible trailer. However, after the opening ceremony ended, the game’s developers commented on a lot of information, including confirmation that Diablo 4 will be an open world full of activities.

According to the developers, the game will have a huge map on which players can explore, do class-specific quests spread across the scene (with several different factions), clean up camps corrupted by dark forces to create quick travel points (and more) resources, such as blacksmiths and other NPCs). The world will be constantly changing and there is much more than has been reported. The idea is to leave the connected (and mostly procedural) areas of Diablo 3 and have a more fluid and more modern experience.

The Sanctuary of Diablo 4 will be much more vertical as well, something that will bring a special spice to a genre with a camera in an isometric perspective, as players will need to climb walls, jump over hills and more.

And, as you might imagine, a huge open world requires mounts. In the live, the producers commented that the horses will be customizable (from appearance to speed) and you can even display their trophies. In addition, you can attack from your horse, using skills combined with speed. However, rest assured: your horse will not die, and if you take damage while riding, it will just run away.

One of the cool things that was commented on live, is that depending on the area you are in, the weapons will be different. In Sanctuary there are several regions: if you take a sword in Kehjistan, it will be a scimitar; if you buy a sword in Scosglen, it will be a Nordic-looking blade (since it is north of the map). The same feature will happen with armor.

Speaking of weapons, players will be able to imbue their weapons with elemental attributes such as ice, acid, poison and shadows. Depending on the style, each special ability will be very different: the Renegade’s rain of ice arrows is very different from the acid arrow rain, for example. Combining your strokes with other players will be one of the main points of the gameplay (or choose your build better when playing in single player).

Diablo 4 will have new PvP elements

In addition, the Diablo 4 team said there will be PvP elements in the game. While exploring special PvP areas (meaning it is optional), you can collect “fragments of hate”, an important resource that can be collected from monsters, events and chests, and which must be purified to purchase equipment, trophies and other stuff. According to the devs, as long as the “fragments of hatred” are not cleared, other players can kill you to get the rewards.

The idea is that you can team up with other players to clear the areas, but you need to be aware, as killing players also guarantees rewards of hate fragments (in addition to stealing theirs).

However, users who attack other players will have the “Curse of Mephisto” accumulated which can make them a spirit of hatred. If you have this condition, all users will be able to see you over a wide range of the map as a threat. However, being able to flee the area like a spirit of hatred also guarantees great rewards. 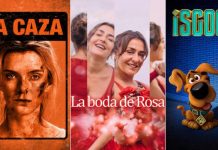 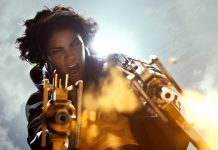 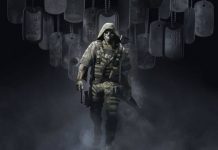 The AEW will have its Big Show: Paul Wight signed with...