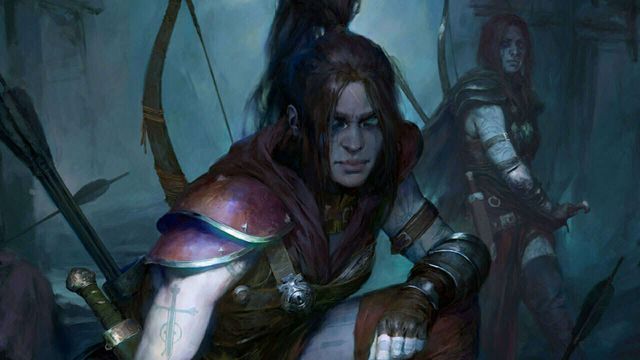 Blizzard presents at Blizzcon the new class for the ARPG, the return of the rogue from the first installment.

As part of Blizzcon Online 2021, Blizzard has introduced a new class that joins the already known Druid, Barbarian and Sorcerer: Rogue or Picára, one of Diablo’s original classes that returns to claim his place. Armed with a bow and knives, this class will allow us to become specialists in melee, or use the bow to unleash all kinds of ranged and area attacks. Personalization encompasses both aesthetic and game mechanics elements.

With an introduction straddling the cutscenes and the gameplay, the rogue class is characterized by their dark nature, as assassins thrown in to do work that the servers of light cannot. Fast, lethal and with various tricks in their clothing, they will be the “agile” option among all the classes we have known so far.

The fourth installment of the Diablo saga was announced precisely at the last Blizzcon, 2019, accompanied by a cinematic trailer that reminded us of the best moments of a company that has taken this resource to its maximum splendor within the video game, and a trailer gameplay that showed many fans of the saga what they wanted to see: a return to darkness and the gloomy atmosphere that had characterized Blizzard North games until the arrival of Diablo 3 and its brighter color palette, which also brought new ideas, mechanics and approaches that took time to crystallize in the great game that it became, after a sudden step backwards in some aspects that cost him a bumpy start to his journey. In a world where many ARPG fans have turned to the benefits of Path of Exile, the fourth installment has the tough mission of putting Diablo back as the Apex Predator of the genre, showing that the change in setting is just the tip of the iceberg of that return to essences that is sensed with what is seen now.

However, the game still has a long way to go. According to the economic accounts of Activision, neither Diablo IV nor Overwatch 2 are expected for this 2021, although it is expected that Blizzard will have a “great 2022”, which could indicate that it will be time to wait for both titles.