Home Entertainment Diablo 4 Explains The Improvements It Will Receive In Combat And Its... 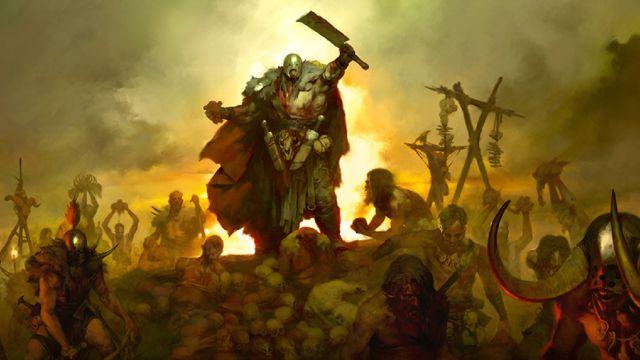 Diablo 4: Blizzard unveils a new animation system that will improve the sensations when fighting against enemies in Diablo 4. Diablo 4 offers new details about combat. From Blizzard they reveal that they have developed a new system that allows them to animate various areas of impact in multiple frames, which in turn will be linked to the visual effects of each type of weapon and its style.

“To enhance the feel of combat, we have made several improvements to the way damage is applied in our game,” begins Blizzard. “In previous installments of Diablo, an area of ​​effect or melee ability would be a single area of ​​damage applied to one frame. Thanks to our engineers, we can now animate the target areas in multiple frames, allowing us to align the animated target areas with the effect of the animation that appears ”.

In the example, which you can see above, we see how the two-handed ax now deals damage every time he moves each weapon individually, instead of being an area set automatically. “In addition, we have renewed the way in which we apply hit effects on monsters, so that the impact flows in the direction of the magic or the blow,” they emphasize. The team reveals that they use “defined data” in each animation to “find the most precise way to hit a monster, and where to apply the direction of the physical outside.”

“Simply put, if you hit a goatman on the knee, the spilled blood will come from the knee. The force of physics applied to the goatman’s knee will send him flying if you hit him from the bottom ”. The information appears as part of the regular news that Blizzard shares on its official blog. In fact, the team assures that this will be the last entry of 2021. Remember that Diablo 4 was delayed indefinitely.

Lauren Conrad May Appear on The Hills Rewatch Podcast