Home Entertainment Diablo 4: everything that is known about the plot at the moment 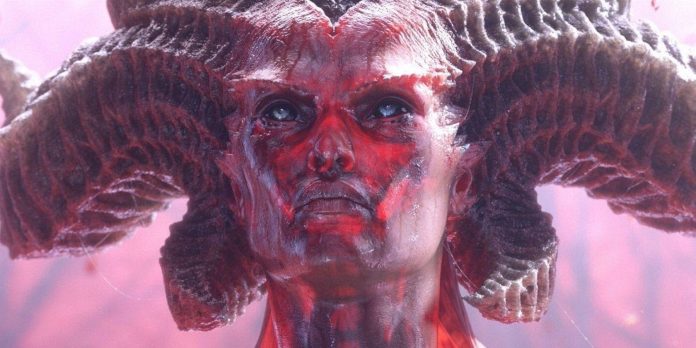 Blizzard’s Diablo dungeon role-playing game series has been gaining momentum since its first launch in 1997. Since then, three main parts have been released in addition to a lot of other content related to them, but now fans are looking forward to the next part. Players have been waiting for Diablo 4 for a long time, and they haven’t had a main game in the series since 2012. There was disappointment among gamers when the long-awaited announcement at BlizzCon in 2018 turned out to be free. play MMO Diablo Immortal, not Diablo 4, but now that the next part comes out, it seems that gamers have something to wait for.

Ever since Diablo 4 was announced in 2019, Blizzard has been revealing details about what players can expect from the upcoming game. From its intentions to return to the darker, more creepy aesthetics and themes of earlier games to the new additions that Blizzard will bring to the table, Diablo 4 seems to have a good mix of classic elements from the series and new ones. Although some aspects of the game still remain a mystery before its release, the story of Diablo 4 has begun to take shape thanks to information published by the developer over the past few months.

Continuation of the story

The Diablo series is an epic saga that tells about the long struggle between the forces of Heaven and the Burning Underworld, known as the Eternal Conflict, as well as about the people who usually find themselves at the center of events. Although most games are primarily set in the mortal world of Sanctuary, they often focus on the problems of other worlds and their conflict-hungry inhabitants. Throughout the game, players encounter demonic enemies and corrupted or possessed people, and even seek the help of angels such as Tyrael to prevent the Lords of Hell and other villains from seizing control or wreaking havoc in Sanctuary.

While each game has its own story, character set, and choice of antagonists, there are threads that run through each of the parts of the Diablo series. These could be recurring character classes, themes, shared locations, recurring NPCs, and other similar elements that helped tie the pieces together and weave a vast and compelling overarching narrative. Most of the expansions of the previous main parts offer significant additional elements of the story, such as the Diablo 3 Reaper of Souls expansion pack, which shows the destructive plans of Malthael, the former Archangel of Wisdom, who is trying to wipe out all people from the face of the earth.

The story was effectively prepared for the fourth part: seven evils were released at the end of Reaper of Souls, and in the next game there were more unfinished business. They will, of course, exist alongside new characters, narrative directions, and unique quests throughout Diablo 4 to make sure that while she is still part of the series, she is also going her own way with innovations and fresh aspects.

From the first screening of the cinematic trailer for Diablo 4, Blizzard burst out of the gate with their ambitious, dramatic and frightening vision of the next game. The extensive trailer showed not only the atmosphere of the upcoming Diablo 4, but also the main antagonist — Lilith. Known as the Daughter of Hate, Lilith is an important figure in the history of Diablo and was the creator of Sanctuary, but until that moment she did not play too prominent a role in the games. Diablo 4’s decision to bring her to the fore with an updated and intimidating look is an interesting move that should lead to some compelling aspects of the narrative.

Lilith is known by many names, including Succubus Queen, Mother of Deceit, and Mistress of Betrayal, which is undoubtedly an impressive list of titles. Despite the fact that Lilith was not a permanent part of the previous Diablo games, she plays an important role in the world of the series that players know and love. Due to the ongoing Eternal Conflict, the consequences of the previous games and the power vacuum currently existing in Heaven and Burning Hells, it is time for Lilith to return and for her to wreak havoc, trying to achieve her goals and possibly punish those who offended her.

Blizzard has revealed much more about the gameplay and features of Diablo 4 than about the plot, and it looks like the developer is keeping some things secret until players can get their hands on the game. At the moment, fans have a lot of details about the classes they can play for, the general online world of Diablo 4, PvP elements and minimal microtransactions, but these are just the bare details of the game’s plot. In terms of the overall timeline, Diablo 4 will take place after Diablo 3: Reaper of Souls, as the cultists who worship her have returned Mephisto’s daughter Lilith to the mortal realm.

An Elden Ring fan plays a game on a movie theater...

The world of Hydra in Doctor Strange 2 Proves that the...