Home Entertainment Diablo 4: everything that is known about classes at the moment 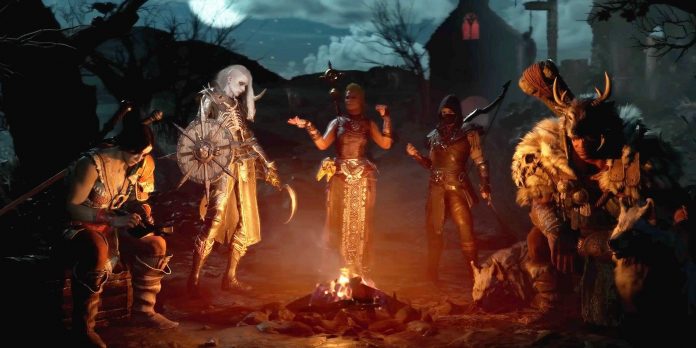 The 1990s were an incredibly influential time for gaming and, in particular, for the world of computer games. In the 90s, many great games were released, many of which influenced and shaped the modern gaming industry as a whole. Games like Doom, Half-Life, Age of Empires, StarCraft and, of course, Diablo, can be seen in the gaming industry today, embedded in the DNA of the genres they helped create or popularize. Although some of these innovative franchises of the 90s have not yet moved into modern games, a considerable number of them have succeeded, and Diablo is one of the best. Now Diablo 4 is on the horizon.

It’s been more than a decade since the last major Diablo game was first released, and although various spin-offs and remasters have been released since then, fans were desperate for the next full-fledged game. Fortunately, next year the fans will fulfill their wish, as Diablo 4 will finally be released. Although Diablo 4 was announced back in 2019, since then Blizzard has been passing information to fans drop by drop, only once every few months reporting some details of the gameplay and plot. But now all five classes of Diablo 4 have been confirmed, and we have something to work on.

The Necromancer from Diablo 4

The most recent and last Diablo 4 class to be introduced was the Necromancer. What was once one of the most passive classes in the Diablo series can now be one of the most complex, replacing simple spells with a system with two resources. The main resource that the Necromancer will use is called Essence, which allows the player to use a number of spells. Although the essence recovers over time, the player will also be able to manually replenish the scale by performing basic attack actions.

The necromancer will also have access to a secondary resource called Corpses. The number of Corpses at the Necromancer’s disposal is determined by the number of dead enemies in the arena. The more dead bodies around, the more corpses can be used to set deadly traps or summon undead enemies to help in battle. In addition to the usual staffs, swords and daggers, necromancers can also wield scythes.

The necromancer will have a choice of four different game styles, each equipped with its own unique set of skills and abilities. The first of these styles of play is called Bone, which is essentially the role of a tank. Dice abilities give the player extremely powerful attacks that use a lot of Essence, but release destructive spells capable of wiping out an entire screen of enemies.

The Blood style of play is more of a supporting role, providing the Necromancer with various blood magic abilities. When defeating enemies, the Necromancer’s blood abilities will drain the energy of their enemies, which can then be used to heal or strengthen the group. Darkness is a similar style of play in which, instead of draining enemies’ energy to support allies, depleted life force can be used to deal debuffs and damage to enemies. The last style of play available to necromancers is the army, which allows the player to summon a swarm of AI allies, such as undead skeletons. While it is recommended that players stick to one style of play, Diablo 4 will allow players to choose any skills they want from any tree so that players can mix and match.

The Sorceress of Diablo 4

Like any other magic class in a role—playing game, the Sorceress is a crowd control class in Diablo 4, capable of destroying crowds of enemies with just one spell. However, this huge power has its price, since the Sorceress’ health is the lowest of all, which can make it difficult for her to play, as in the single playthroughs of Diablo 4.

Currently, four Minor Destruction Sorceress skills have been confirmed, all of which cause significant damage and often have a lingering status effect. Lightning, for example, deals damage to a chain of enemies, a Fire Arrow deals damage and causes bleeding for eight seconds, and an Ice Arrow can cool an enemy by slowing it down. In addition to this, the Sorceress has six spells of Great Destruction, each of which, in fact, is just a more powerful version of Secondary Skills. There are all the usual skills, such as “Chain Lightning”, “Fireball”, “Incineration” and “Frozen Ball”.

The Robber from Diablo 4

Rogue is one of the most unique classes of Diablo 4, offering both melee and ranged combat skills. To benefit from both of these skills, the Rogue can unlock three Specialization skill trees. The first of them, Shadow Realm, allows the player to become invulnerable for one second, while the nearest enemies are dragged into the void and weaken. Exploit Weakness is another specialization that allows all attacks on weak points to become critical for a limited time. Combo points are the last specialization, giving the standard Robber attacks with each subsequent hit.