Home Entertainment Diablo 2: Resurrected Teams Up With The Star Of Shang Chi In... 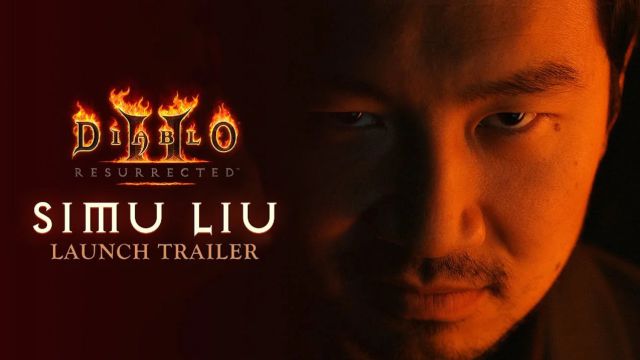 Diablo 2: Resurrected: Actor Simu Liu plays a character who is about to descend into hell to face demons. Simu Liu, the actor who stars in the most recent Marvel movie, Shang Chi and The Legend of the Ten Rings, is present in a new video for Diablo 2: Resurrected. The remastered version of the Blizzard Entertainment classic now returns in live action form, with a video in which we see the performer in a demonic church.

In the clip, the man played by Liu walks up to a confessional and admits that he is going to have to sin. “What acts do you want to commit?” Asks the priest, who does not seem very pious. Among the commandments that he is going to violate is that of killing, as well as another collection of actions considered despicable. He informs her that it is his job to kill demons. “It seems that you are looking for permission, not absolution,” the priest replied. As the Lord of Terror has been resurrected, there is no choice but to descend into hell and take care of the matter with his own hands.

Blizzard Entertainment’s action-role-playing title has been tested on most systems. The Americans have organized open and closed betas, so that all users who have wanted have had the opportunity to sink their teeth into the product before its launch. All except for the Nintendo Switch players, since they have been left out of the beta phases.

Be that as it may, from Blizzard they assure that the title works “like butter” on this platform. They promise that the game has been optimized for each of the platforms, in order to take advantage of the hardware. For example, in Switch the source and other aspects have been adapted so that it works well both on television and in portable mode, its great claim.

Google Will Help You Find Your Lost Phone With The Help...