Home Entertainment Diablo 2: Resurrected, Impressions. Many Doubts a Month After Your Departure 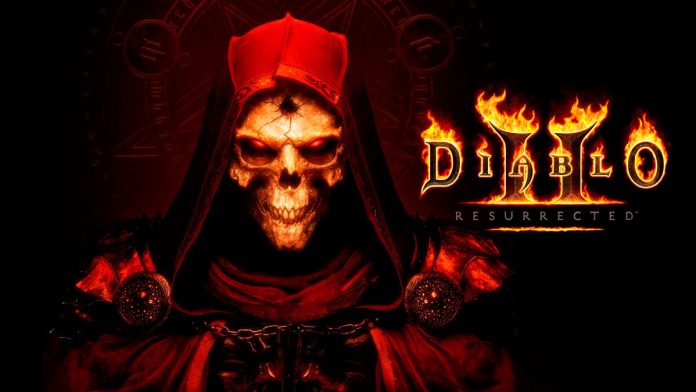 Diablo 2: Resurrected, We tested the semi-closed beta of the remaster of one of the great PC classics. Do I work up to the myth?You don’t realize how old he is until you are told that more than 20 years have passed since the release of Diablo 2 and its expansion, Lord of Destruction. At the beginning of the summer of the very distant year 2000, what for many was one of the best love relationships with a video game began: a new benchmark in the ARPG genre that without inventing anything new found that small but treasured hole in which We lovingly keep our best games ever. That corner for the games of our life. It was many hours, hundreds and hundreds for this writer who subscribes, those dedicated to defeating Diablo and, a year later, Baal. It was the golden age of a Blizzard in which it seemed that nothing could go wrong and that it earned its prestige based on titles such as the remaster that we are dealing with today and that we have been able to tinker thanks to the semi-closed beta that has been enabled for the occasion.

The aroma of the old

Playing cooperatively with two partners with early access also reveals the ease with which some things seem to be stored in the brain forever. Diablo II Resurrected is clearly an evocation of the old, when we played video games differently. And that essence has been perfectly maintained. It took a few minutes to start giving directions, to know exactly how the fundamentals of the game worked, even to suggest builds for the characters.

The graphics are remodeled (remember that the original resolution was 640×480 and only after the expansion did the long-awaited 800×600 arrive) but the spirit of the original visually and audibly has been maintained, with that iconic soundtrack. Not to mention the cinematics, another of the strong points of the house that are back on track two decades later.

In general there was a certain emotion to recover our sorceress after so many years and return to kill rats from the peñola and clean the den of evil again. For the beta, 5 of the 7 available classes were enabled – leaving out the assassin and the necromancer, the latter now we will ramble on the possible reason that he was left out of the test – and we began to level up, look for equipment, collect drop from the ground and open portals to return to the city. But there is something in remasters that some companies are determined not to take into account: a game succeeds DESPITE the things that do not work well, not THANKS to them.

And Resurrected, with the excuse of not wanting to alter the original game experience too much, preserves things that they no longer liked about the original game experience, missing a good opportunity to correct them. Even in the Mass Effect 1 remaster Bioware made quality of life changes because he realized that some things were not right and could be improved. This is not the case at hand.

But most worrying of all, with barely a month to go before launch, was the sorry state of the test we have had. Original Diablo 2 could be played in local mode and here the connection to battle.net is necessary (for this, there has been no problem updating to modern times) and the connection status to these servers has been very poor. More than 100 pings on average, with peaks beyond 200 in all of us who were in the game, and with lag jumps that made the character go back two whole screens … Not to mention the crashes of the servers, which even they took away nearly an entire hour’s progress on one occasion. And this we know is not exclusive to our case. Neither at the performance level it seemed optimized, with very low frame rates even reducing the graphics settings considerably. It is clear that this is what the betas are for, to see what goes well and what goes wrong, but five weeks after its launch it gives the feeling that there is a lot of work to be done in the technical section.

Then there are improvements in the quality of life that inexplicably are not there; Inventory management, for example, cost nothing to automatically optimize with free slots because NOBODY liked to move objects from one place to another when there was room to pick up that helmet that had just been dropped. This was not what made Diablo 2 famous and it is something that costs very little to fix. The management of collisions between characters (the bodyblock) in tight spaces (like the worm den in Act 2) is so poorly managed that no matter how much you remember the year 2000, we are already in 2021 and should have been resolved.