Home Entertainment Devour: How to defeat the shelter 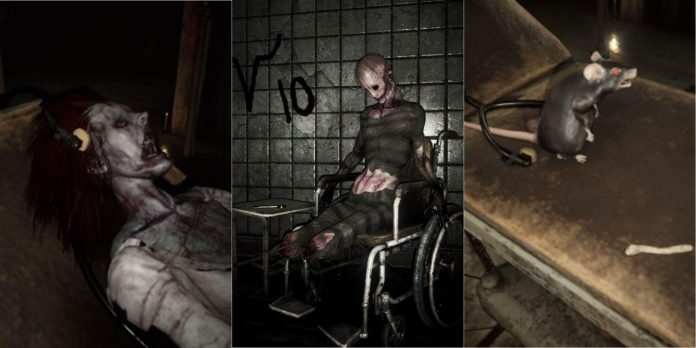 Survival horror games are punishing enough and they don’t have to rely on others to survive. Devour pushes players to the limit, demanding the cooperation of the entire team if anyone hopes to last the night against their demonic enemies.

In Devour, the goal is to find and destroy key items scattered across the map while doing everything possible to survive against the terrifying boss level. The Hideout is an extensive map that makes navigation difficult, even if Molly isn’t chasing the player. Here’s everything players need to know to survive in the Shelter.

Welcome to the shelter

Players appear in one of the various Shelter elevators at the beginning of the game. Leave the area and go forward along the corridor, then turn right and check the second door on the right to find the key. There are enemies here too, but they are inactive and do not cause concern. For now. Take the key before moving on. Shelter is a huge map compared to other maps in Devour, so players must do everything possible to maintain orientation when moving through the level.

Climb the stairs to the top floor. There the player will find a fireplace on the right, and immediately behind it the door to the ritual room. Tip over the trash can so that rats appear on the map, as they will be needed to perform one of the main tasks of the map: sacrificing them.

The player can spend this time collecting resources and familiarizing themselves with the map, since the boss of the level (Molly) will not start hunting them until someone activates a switch next to her body. Eight of the necessary fuses can be found before the hunt begins, and the last three will not appear until the switch is activated and Molly starts moving.

Place the first fuse and press the switch. This allows the player to take rats and sacrifice them when the fuse is active. However, keep in mind: as soon as the rat is sacrificed, a new fuse must be installed. The player can summon additional rats by luring them out of hiding with plates of food or knocking over garbage cans. With each victim promoting the ritual, Molly will get angrier and angrier, and this is truly a terrifying sight.

As soon as the ritual begins, Molly will be on the move, and it is important to track her location throughout the shelter so that the player is not caught off guard and knocked down. Knowing the location of wheelchair demons throughout the asylum also helps, although it’s not as important as knowing where Molly is. Keys are required to access various parts of the map. Unfortunately, all key locations are randomized, with the exception of the first one located near the player’s spawn point. Fuses, plates and other important resources will respawn all over the map after use.

Sacrificing seven rats causes the windows on the map to start breaking. Players must be prepared because the sacrifice of the eighth rat increases Molly’s strength. From now on, Molly moves faster than the players, and it takes three stuns to stop her attacks. In the ninth stage, Molly’s strength increases again, reducing the delay between her being stunned and resuming her attacks.

During this phase, Molly will continue hunting even if she has already taken the victim, which makes this stage of the game extremely dangerous and difficult if the players do not coordinate their actions well. Now the players must make the 10th and final sacrifice. This cleanses Molly by exorcising the demon from her body.

Devour can be played on a PC.