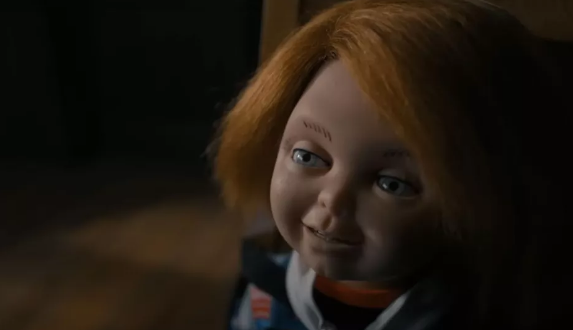 Even among horror films, the Children’s Games franchise is one of the most outrageous. That brazen attitude, nothing too far away is one of the things fans love most about the franchise. There was some concern about whether this extended to “Chucky,” a later TV adaptation, but the first season was a hit with both fans and critics. Now it’s slated to return in season 2, and if this clip is anything like what we’re going to get, we can expect a lot that won’t be safe to work with.

The clip in question, which features a lot of edited f-bombs, was tweeted by horror favorite Devon Sava, who appeared in the first season playing twin brothers. This time he came back for another round, and he called the scene in question “bananas” when he tweeted about it. I had to agree. You can check out the madness for yourself below…

There is a certain mixture of children’s games, painful danger and humor, which has always seemed very original. I think one of the reasons so many fans of the movie franchise are connected to the new series is how much he got it. This probably shouldn’t come as a surprise, given that it was created by Don Mancini, who wrote all the “Children’s Games” films and directed the later ones. He took an active part in writing the script for the first season of “Chucky”, and also worked with partners from the USA and SYFY to make sure that a sufficient amount of obscene language was allowed. Chucky’s voice actor Brad Dourif also returned to the series.

The goal of any TV adaptation of a favorite movie should always be to find a balance between preserving the best in the original and creating something completely new. There is no single guide on how to do this. In fact, it all depends on the specific project. Well, the first season of “Chucky” was able to strike that balance perfectly, with lots of fun references for those who are really into “Childish Games,” but also with enough of something new to tempt those who might have been a little young to watch the original movie when it dropped back in 1988, although since then we have seen regular installations. It also probably helps that fans are used to some changes in direction between films.

The second season of “Chucky” is due to return on October 5. It will again be shown simultaneously in the USA on the SYFY and USA Network channels.

A better life: Jean-Paul Boher is advancing in his research!