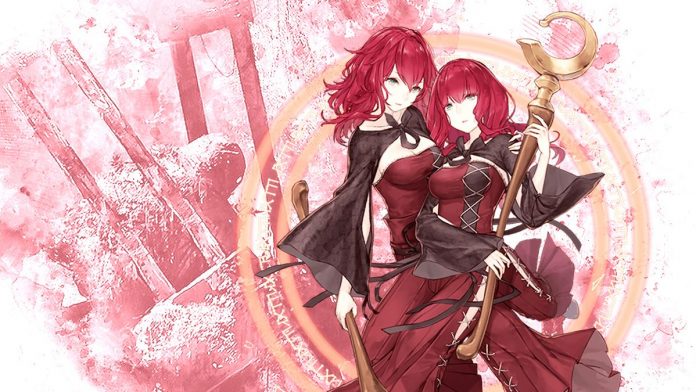 Devola: We connect the dots between NieR Replicant and NieR: Automata through these twins and other events that define the universe created by Yoko Taro … Spoilers! It all started in Spain. Or at least an alternate version of it. Because, although our main object of study will be the role of Devola and Popola in the NieR universe, and how both they and other elements of the recently released NieR Replicant ver. 1.22474487139 … connect with NieR: Automata, a contextualization of the peculiar universe created by Yoko Taro it would be incomplete without mentioning Drakengard. This PlayStation 2 game, set in an inverted variation of Europe, culminated in the middle of our peninsula when beings called custodians began a large-scale invasion to exterminate the human race.

If you have not tried this cult game and want to catch up, we have a report out there dedicated to its history and its disturbing alternative endings. The only one that interests us today, the E, was about how Caim and his dragon, Angelus, took the fight against their progenitor, a creature called Aberration, to another dimension: traveling through a portal, the three ended up in “our” world (not inverted) and disputed the final duel between the streets of Tokyo. There, Caim was victorious and killed Aberration, whose remains were scattered throughout the city in the form of ashes. Then, as the popular saying goes, she got brown.

2003 was the year that Drakengard (in Japan) was released and 2003 is also the year that the NieR universe changed forever. In it, the irruption of Aberration and the scattering of its remains through the Shinjuku district caused a disease known as white chlorination: due to the foreign nature of the particles that made up its body – called maso by scientists – some people began to become infected and perish disintegrating into saline remains like those of Aberration; others, on the other hand, went mad and attacked their fellow men.

What the scientists did not know – and neither did the gamers unless they inquired into extra material published outside the games – is that this disease connected humans with a god from another dimension and subjected them to a dilemma: surrender to him and form part of his legion or refuse and become statues of salt, disintegrating in the process. During the early years the problem was confined to Shinjuku, around which a large perimeter wall was built in 2004 (called the Jericho Wall) to contain the disease. However, the outbreak was uncontrollable and in 2008 the legion managed to bring the wall down.

The Highly Anticipated Lead Role In Marvel’s New Movie Has Been...