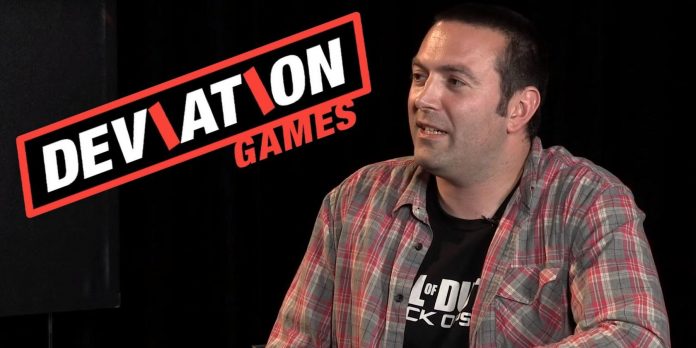 Deviation Games has announced that co-founder Jason Blundell is leaving the company. In 2021, former Treyarch developers Jason Blundell and Dave Anthony teamed up to found Deviation Games, and quickly announced that the studio was starting work on a “groundbreaking” brand new intellectual property in collaboration with PlayStation. Unfortunately, nothing has materialized about the project so far, and very little has been said so far.

On September 9, 2022, Deviation broke a nearly seven-month radio silence on Twitter to confirm that Blundell had indeed resigned from his position at the studio, which would now be run entirely by CEO Dave Anthony. Anthony has built an impressive pedigree with Treyarch alongside Blundell, participating in some of the most important releases of the Call of Duty franchise, such as Call of Duty: World at War and the ubiquitous Call of Duty: Black Ops 2.

The void created by Blundell’s departure from Deviation will be filled by Westwood Studios co-founder Louis Castle. Castle’s name is often most closely associated with the franchise of the classic strategic game Command & Conquer, and this view from the outside can significantly change what the studio is currently working on. It seems that most high-ranking employees have experience working with high-budget shooters, and Castle’s experience in other genres can potentially change the trajectory of the game in a new direction.

Deviation Games began production of its new PlayStation-related intellectual property at the end of December, so Blundell’s impact on the final product is likely to be minimal. With that in mind, it will probably be quite a while before fans hear anything concrete about this upcoming project. It’s also worth noting that a Call of Duty veteran with thirteen years of Treyarch experience, Blundell, in particular, was known for his influence on the zombie mode in the franchise.

It is possible that the foundation partially laid by Blundell will have some similarities with the Call of Duty games he worked on in the past. In fact, given Microsoft’s recent acquisition of Activision, Sony and PlayStation may be gearing up for the debut of a rival series once Xbox finally announces Call of Duty exclusive to the console. Phil Spencer from Xbox stated that Call of Duty will remain a cross-platform game for many years, however, if Sony hopes to successfully create a competing FPS franchise after a power outage, then development should begin immediately, and the team from its creation should be handled by experienced former Call of Duty developers.