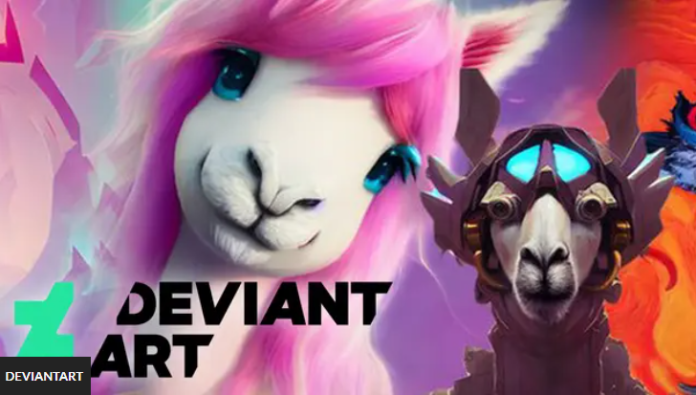 DeviantArt users were furious after the iconic art site launched new AI tools and controls, and automatically incorporated all existing artwork into AI datasets and hints.

DevianArt has been around for over 20 years and is still one of the most popular websites where you can upload your own drawings so that thousands of other people can enjoy them.

On November 11, DeviantArt launched new artificial intelligence art tools and controls for its artists, including the ability to prevent their drawings from being automatically added to datasets and AI prompts.

Users were furious after the announcement, as the only way to do this is to view all your downloads individually.

According to their Twitter post, the new AI tools and controls include DreamUp as a new art creation tool, the ability to limit the amount of AI art in your feed, clear labeling, and the ability to remove your art from AI datasets. and hints.

We’re introducing new AI tools and controls!
✨DreamUp, a new tool to generate art
🎮Control the amount of AI art in your feed
🏷️Clear labeling of art that’s AI-generated
🫡A directive to opt out of AI datasets
🎨Ability to opt out of prompts
👩‍🎓 https://t.co/U4qIyC2Cv6

However, many did not like the fact that their art was automatically selected by the company, because the only way to delete everything is to refuse each of your downloads manually.

One user commented that it’s easier to delete your account than to manually disable your art.

“Until now, it seemed that DA was one of the few who supported us, the artists… Disappointing is not enough,” they said.

Another user replied that this step was like a “slap in the face” and asked why the site decided to include all the creations in these datasets at all.

“OK, I’m sorry, but it feels like a slap in the face, and I’m honestly very upset and disappointed with such a move,” they explained. “I really don’t know why no one thought about listening to the user base, and the insistence on giving the green light to such a move was such a deaf part of a platform that relies so heavily on its community.”

part of a platform that depends so heavily on its community. The default option to make every submission on here an opt-in into the AI's learning set felt so much like a betrayal especially after the promise with DA Protect, which now looks more like a scummy business tactic

Along with a lot of negative reviews, many users are threatening to cancel their paid membership.

DeviantArt has not responded to the criticism at the time of writing, but we will definitely let you know if they do.

Another Senior Member of Liverpool’s Transfer Staff Has Also Resigned.

Battlefield 2042 Pledges: Patch On The Way To Upgrade All Weapons