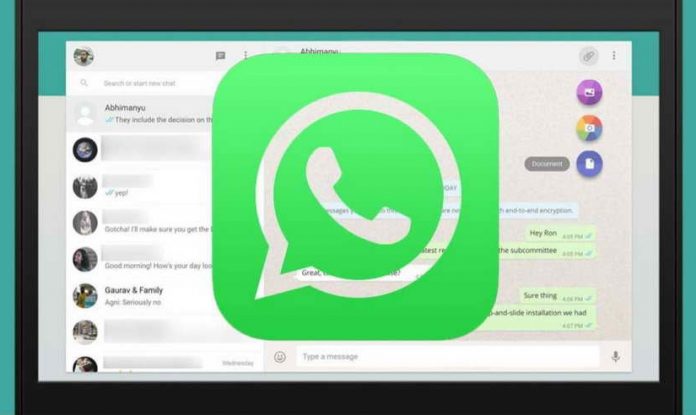 Know the latest updates that marked the instant messaging application, WhatsApp and WhatsApp Web during the last year

WhatsApp is the most used messaging platform in the world, and this year has gone through a tremendous change. It’s no wonder our favorite app has gotten a ton of new features and experience updates.

The instant messaging platform WhatsApp introduced some important features and updates in 2020 to keep its users happy. Let’s take a look.

WhatsApp introduced the Always mute feature at the beginning of December. The feature allows the user to mute their WhatsApp groups forever. Previously, users could mute their groups for a year, but after completing a year, the settings would return to normal. After 2020, those pesky groups can be silenced forever.

WhatsApp implemented the feature on customizable Android, iOS wallpapers. WhatsApp Web is working on another newer tool called Advanced Wallpaper Feature. This would allow users to change different wallpapers for different contacts. The feature is under development and will be implemented after a successful test.

WhatsApp implemented the Snapchat-style disappearing messages that were introduced a few months ago. This feature allows users to delete chats after a seven-day period automatically. The disappearing messages function can be activated for individual chats as well as for groups and applies for the computer version through WhatsApp Web.

One of the main features WhatsApp implemented in 2020 was dark mode. This feature filters out harmful lights to reduce eye strain on your computer and mobile device, although knowing the convenient time to activate it is interesting. The feature is available on WhatsApp Web, Android, and iOS.

Another feature that will be available is in-app ads. Until now, WhatsApp informed users about its recently launched features through advertisements on its social media pages. That is about to change, as the company plans to introduce in-app ads in the form of in-app banner ads. Once users click on the banner ad, they will get details about the WhatsApp update. It is not yet clear how they will work in the web version.

WhatsApp has also released the long-awaited QR code support for iOS users. Although this feature is not merely for WhatsApp Web, it allows users to share their QR code instead of their phone numbers. Users can scan a QR code to add a new contact instead of typing the numbers.

WhatsApp has also added a new trick to make it easier to find stickers in its mobile applications. This feature allows users to search for relevant stickers just like searching for GIFs in the app.

WhatsApp users can make voice and video calls through Android and iOS applications but cannot make calls, both video and voice, through the WhatsApp desktop application. That could change as the messaging app is working on an update that would allow users to make voice and video calls from the WhatsApp desktop app. The feature supports group calls, as it does in the case of the mobile app.

After struggling for nearly two years to launch the payments feature, WhatsApp successfully launched the payments feature. The feature was announced on November 6, but went live for most users with support for major banks including ICICI Bank, HDFC Bank, Axis Bank, State Bank of India, and Jio Payments Bank earlier this week. . The feature allows users to make payments through the app.