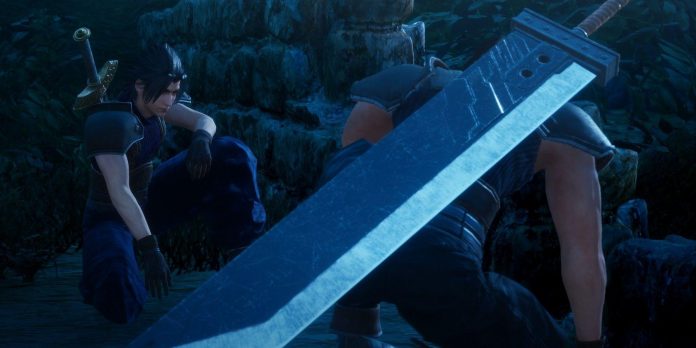 Square Enix is currently in the final stages of preparing for the release at the end of 2022 of the next chapter of its Final Fantasy 7 remake series called Crisis Core: Final Fantasy 7 Reunion, and fans are excited to see how this classic role-playing game is being upgraded. While his narrative should remain intact, almost every major gameplay system is being reworked along the way, and there are also obvious graphical improvements.

To that end, it seems there has been some internal discussion at Square Enix about how the Final Fantasy 7 re-release should be promoted. In his recent interview with Everyeye, translated by Nintendo Everything, the game’s creative producer Tetsuya Nomura spoke in some detail about this topic, showing that there were mixed feelings about whether it was a remake or a remaster.

In an interview, Nomura said that his team does not know how to describe the project. Namely, despite the fact that there are many improvements in the new Crisis Core game that are clearly visible at first glance, Nomura explained how the developers were in conflict over whether it was a real remake, since the story has not changed. Apparently, that is why it is declared as “Reunion” in the official name. According to Nomura, the game is more comprehensive than the usual remasters, but it’s not a complete remake either, which makes the situation a little awkward in this regard.

In addition to semantics, it is interesting to note that most of the promotional materials about Crisis Core Reunion and Nomura itself say that the story remains the same, although it has already been shown that it has one of the biggest retcons of Final Fantasy. Namely, Zack survives the events of Final Fantasy 7: Rebirth and, apparently, will be present in the Reunion. Therefore, we should expect some changes in the structure of the narrative.

Namura’s comments may seem particularly strange, given that Zack’s survival is not the only difference in the narrative of this particular Final Fantasy 7. Sephiroth’s motives also change with the suggestion of alternative timelines playing a role in this retelling of the classic story, and some believe that the next chapter of Final Fantasy 7 should go off the rails as the remake progresses.

Namura’s latest interview highlights the massive upgrades to the graphics and gaming departments of Crisis Core: Final Fantasy 7, but it’s still unclear whether, for example, some of the overlooked Final Fantasy 7 characters will be explored in more detail than they were in the original. In any case, it’s clear by now that the game is leaning more towards being a proper remake than a remaster, even if the developers weren’t entirely sure if they could describe it as such.

Anniversary Of Breath Of The Wild: The Game That Oxygenated Open...