Home Tech The developer of the “Love Bug” virus that affects millions of users:... 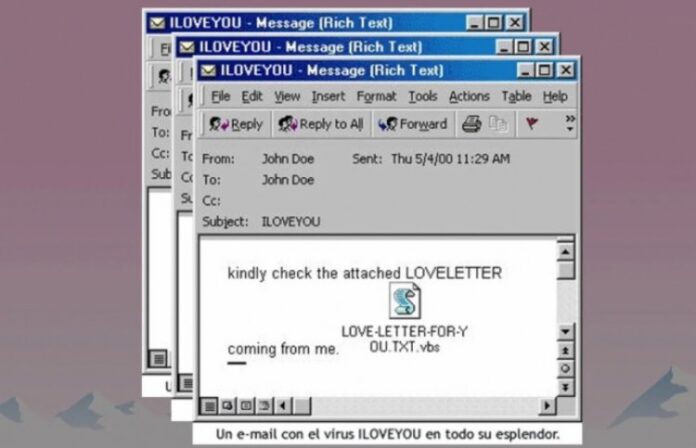 An important statement came from the creator of Love Bug, who was one of the biggest computer virus attacks in history in 2000. Onel de Guzman, a hacker who lives in the Philippines, said he was responsible for what happened, saying that he was responsible.

With the widespread use of smartphones, computers and the Internet, cyber security has become more important than ever. However, hackers, the internet, and computers existed when they were not so common and continued to work. The world faced “Love Bug”, one of the biggest virus attacks in history, even when the terms of smartphone and social media were not in the middle.

The Love Bug virus was actually a malicious email. As soon as the email was opened, this virus was able to access computer files, analyze data and steal sensitive content such as passwords, and send it countless times to anyone attached to their consumers’ Outlook accounts. Officials’ statements at the time indicated that Love Bug affected 45 million people in just 24 hours.

The Love Bug virus had spread to almost the whole world. Britain closed its e-mail network to protect the parliament system, and many companies had to cut some of their infrastructure. Moreover, this virus even affected the Pentagon, enabling almost all people to learn about it. Now an important statement has come from the designer of this virus.

The confession of ‘regret’ that came after 20 years
Love Bug was crafted by Onel de Guzman, a Filipino hacker. In his statements on the subject, Guzman stated that his purpose at that time was only to steal some passwords to connect to the internet, and that he never thought the virus he wrote would cause such big problems.

Guzman says in the statements he made on the subject that he was not even aware of the global event caused by the virus in the first place. So much that Guzman sent the virus to a person in Singapore and then went to hang out with his friends. When he returned home, he learned what happened from his mother and was caught by the police in a short time.

Guzman officially admitted that he was responsible for the virus after 20 years after the Love Bug virus. Although he was in prison for several years, he also denied the accusations before, adding that he regretted that he had encoded the virus.