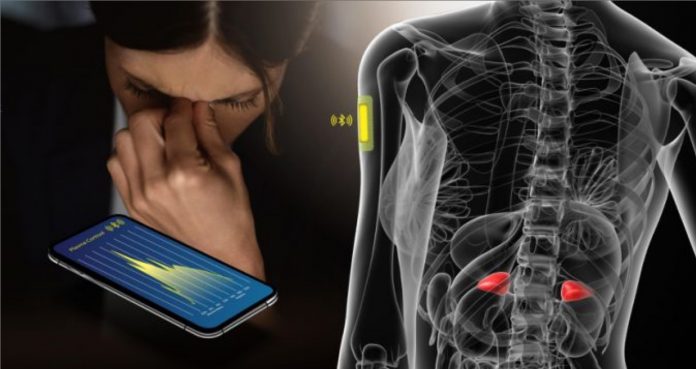 Engineers from the Swiss Federal Institute of Technology Lausanne (EPFL) developed a wearable sensing chip that can measure the concentration of cortisol in sweat.

Because cortisol is the body’s hormone released in response to stress, the chip can turn into wearable devices like smart watches that can monitor the wearer’s stress levels throughout the day.

“Until now, there was no objective way to measure stress levels,” EPFL announced on the chip it developed. This creation has the potential to change that. ” he said and explained the technology he created.

Developed by EPFL’s Nano Electronic Devices Laboratory (Nanolab) and Xsensio, the chip features a transistor and an electrode made of graphene.

Also developed, the chip contains short, single-stranded DNA or RNA fragments that can bind to cortisol for a device to measure its concentration in sweat.

“This is the main advantage and innovation of our device. Because it can be attached, scientists can collect quantitative, objective data on certain stress-related diseases and do this in a completely non-invasive, precise and instantaneous way. ”

Engineers testing the chip they developed in the laboratory will test the chip in a hospital environment as the next step. Also, engineers are currently working with the University Hospital of Lausanne to test the system on human patients with Cushing’s syndrome and stress-related associations.

In addition, let us state that patients with obesity and psychological diseases are not included in these trials. But the engineer team believes that the chip could help doctors better understand these types of patients.