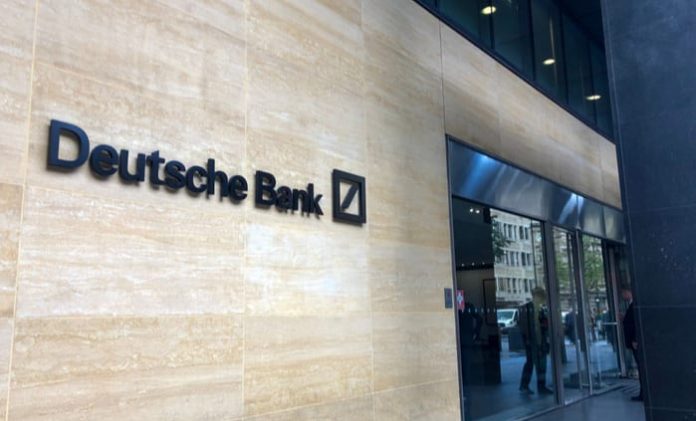 Deutsche Bank, one of Germany’s largest banks, conducted a survey on financial markets. According to the survey results, investors see bitcoin as the biggest bubble at the moment, and 89% of respondents believe it is a bubble in the financial markets.

Deutsche Bank asked the experts whether they agree with the bubble in the financial markets in a survey conducted with the participation of 627 market experts. 89% of investors said they believe there is a bubble in the markets.

In another survey question, participants were asked to evaluate whether they were bubbles by giving financial markets a value between 1 and 10. On the scale, 1 means ‘not a balloon’, while 10 means ‘completely balloons’. According to the results, bitcoin was the biggest bubble asset with 8.7 points, followed by US technology shares with 7.9 points.

In CNBC’s news, it was stated that half of the participants gave 10 points to bitcoin. US technology shares, seen as the second bubble, scored 7 or above at 87%.

Bitcoin and Tesla are believed to lose value

Deutsche Bank said that bitcoin and Tesla are seen as balloons, with a large majority of respondents believing that the prices of these two assets will decrease in half rather than double.

In the survey, a question was asked about how the price of bitcoin and Tesla will move in 12 months. Participants said they believe there is little chance that the price of both assets will double. However, the results showed that it was believed that bitcoin and Tesla were likely to lose value by half within 12 months. According to the survey results, the rate of those who believe that bitcoin will lose its value by half is 56%, while Tesla is 62%.

Economist and trader Alex Krüger said in a tweet on January 15 that many financial assets will decline to pre-coronavirus levels and the word ‘bubble’ will begin to be heard more. Recalling this comment on Deutsche Bank’s survey, “I said, they have been showing a bearish trend for several months.” said.